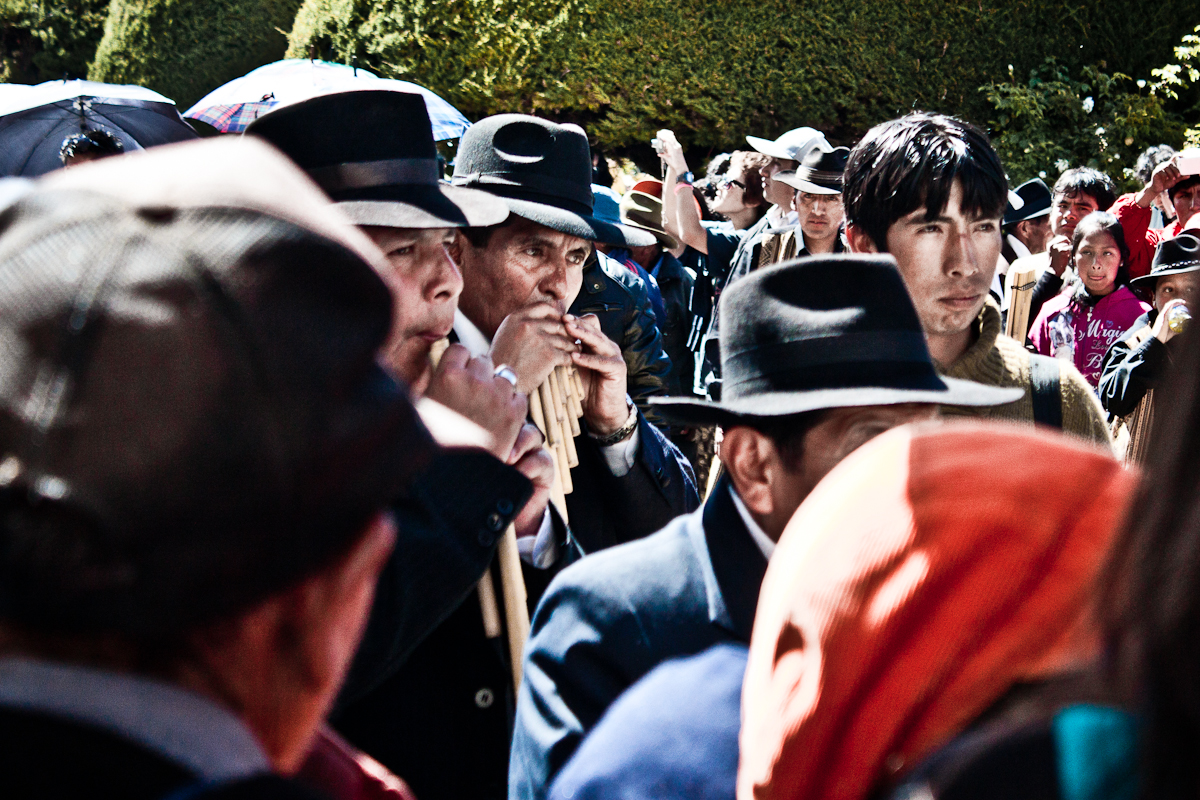 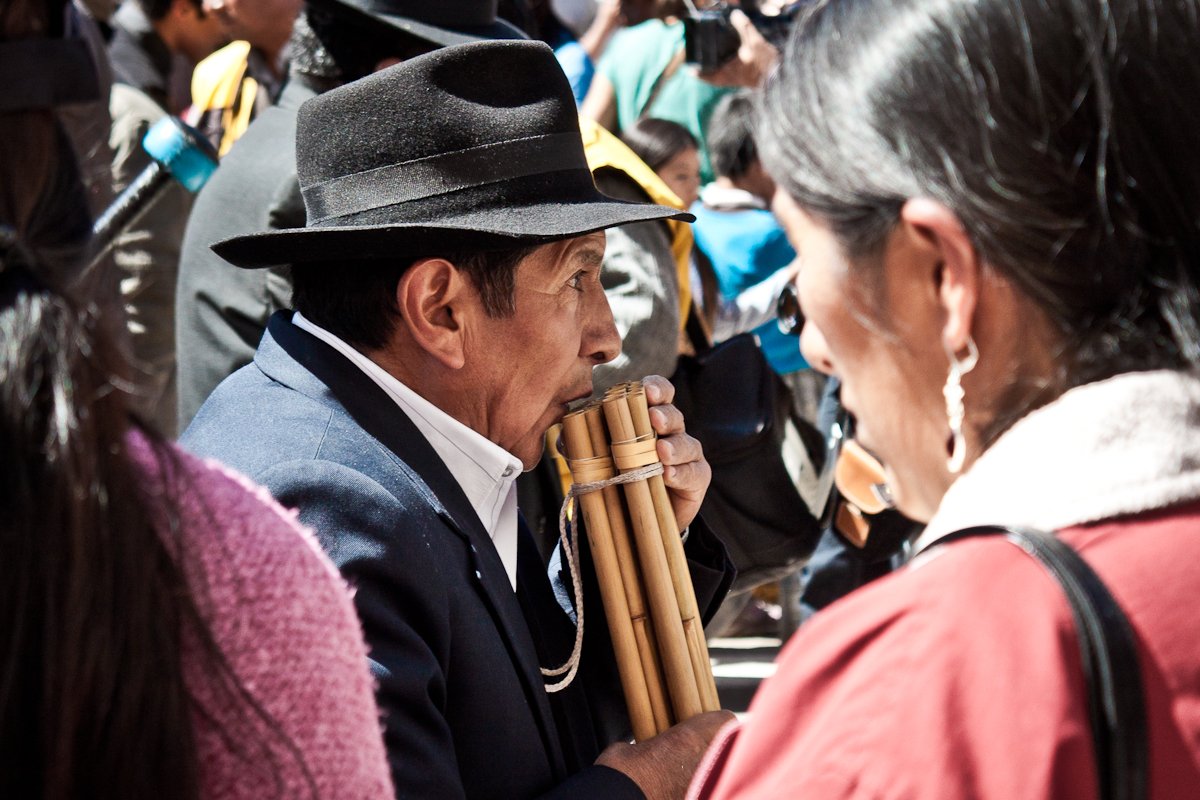 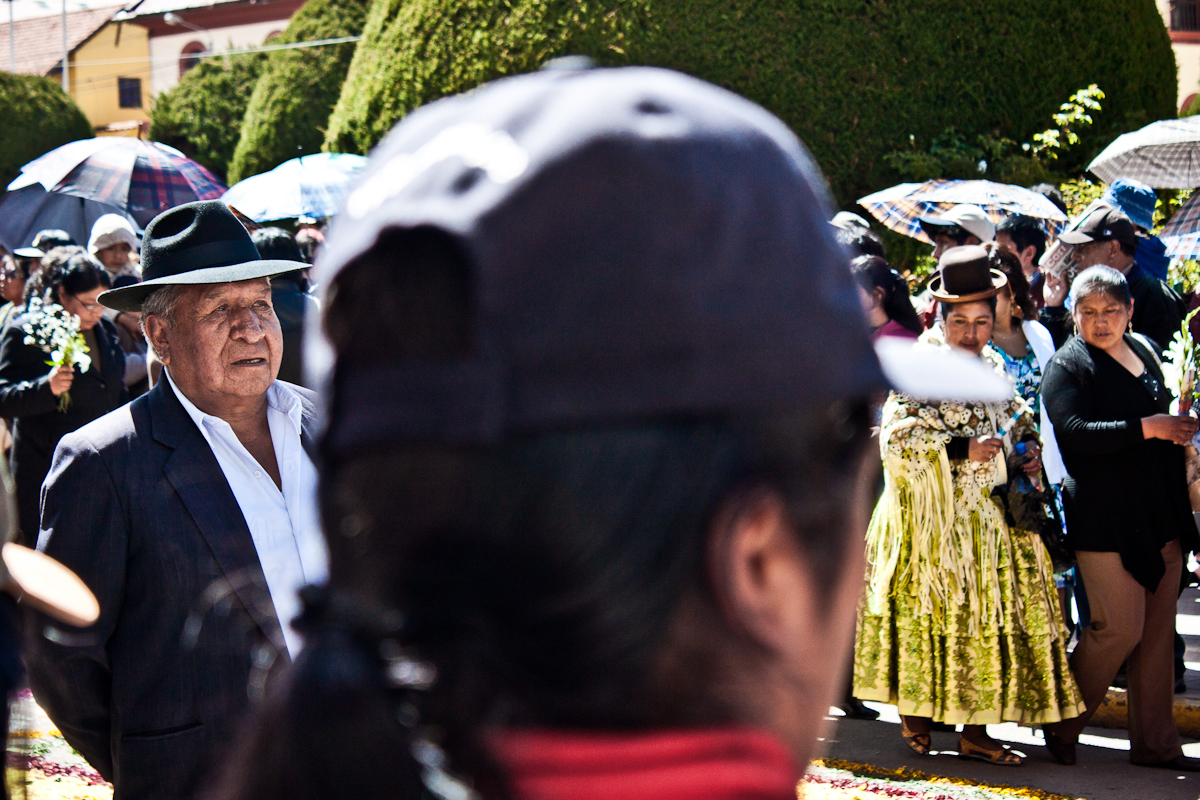 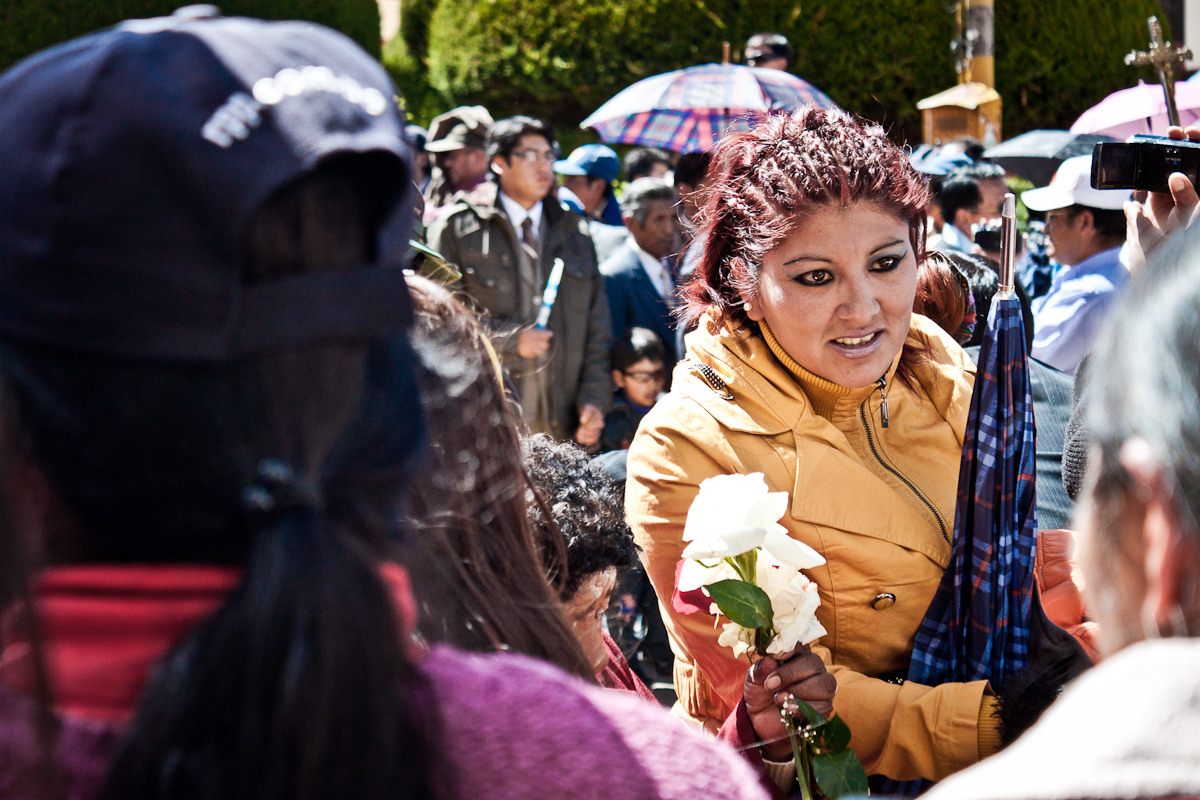 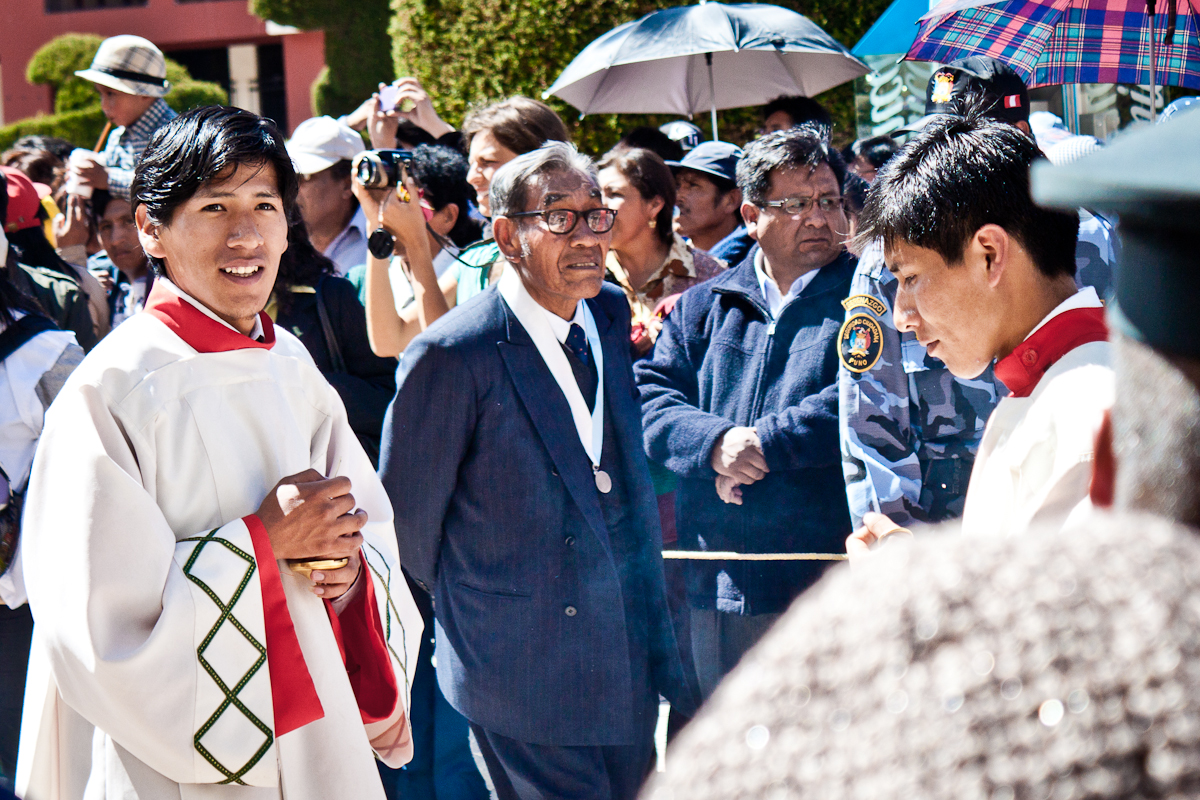 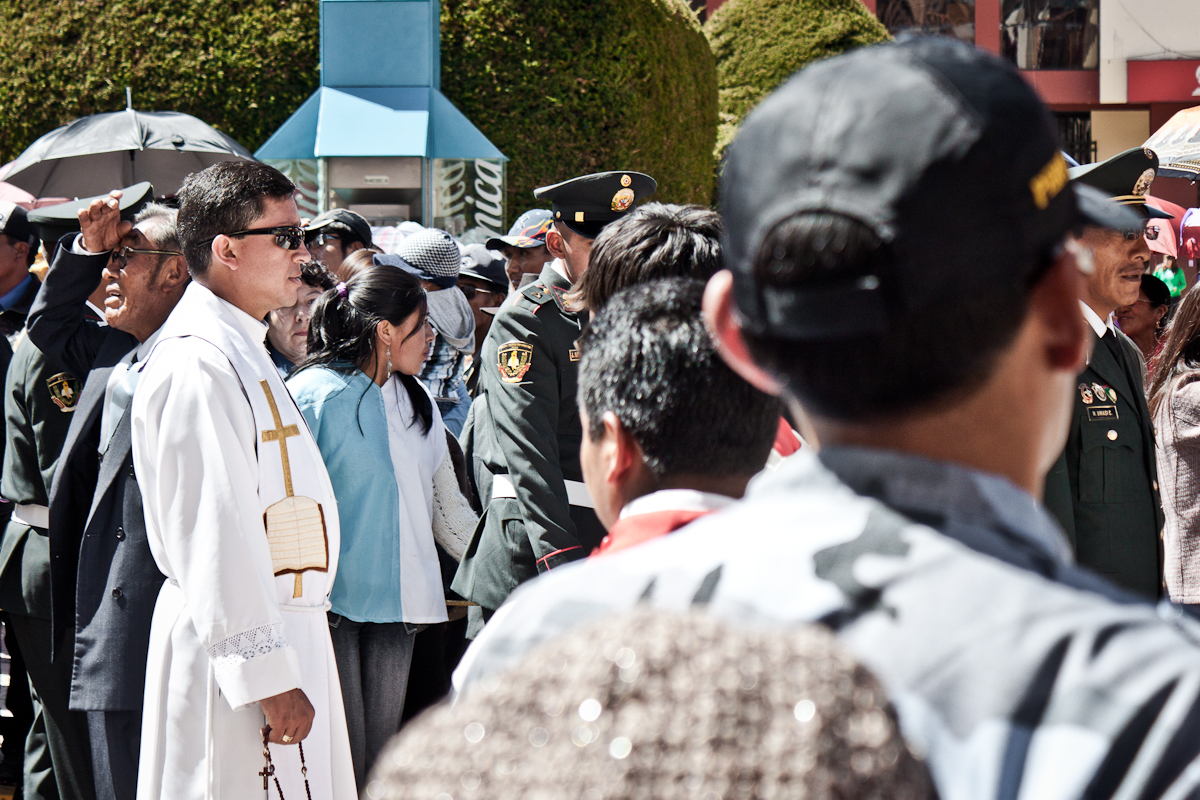 The very day of our arrival in Puno was the first day of the Fiesta de la Candelaria, which is said to stand with the carnival in Rio and the one in Oruro, Bolivia, as one of the three largest festivals in South America. 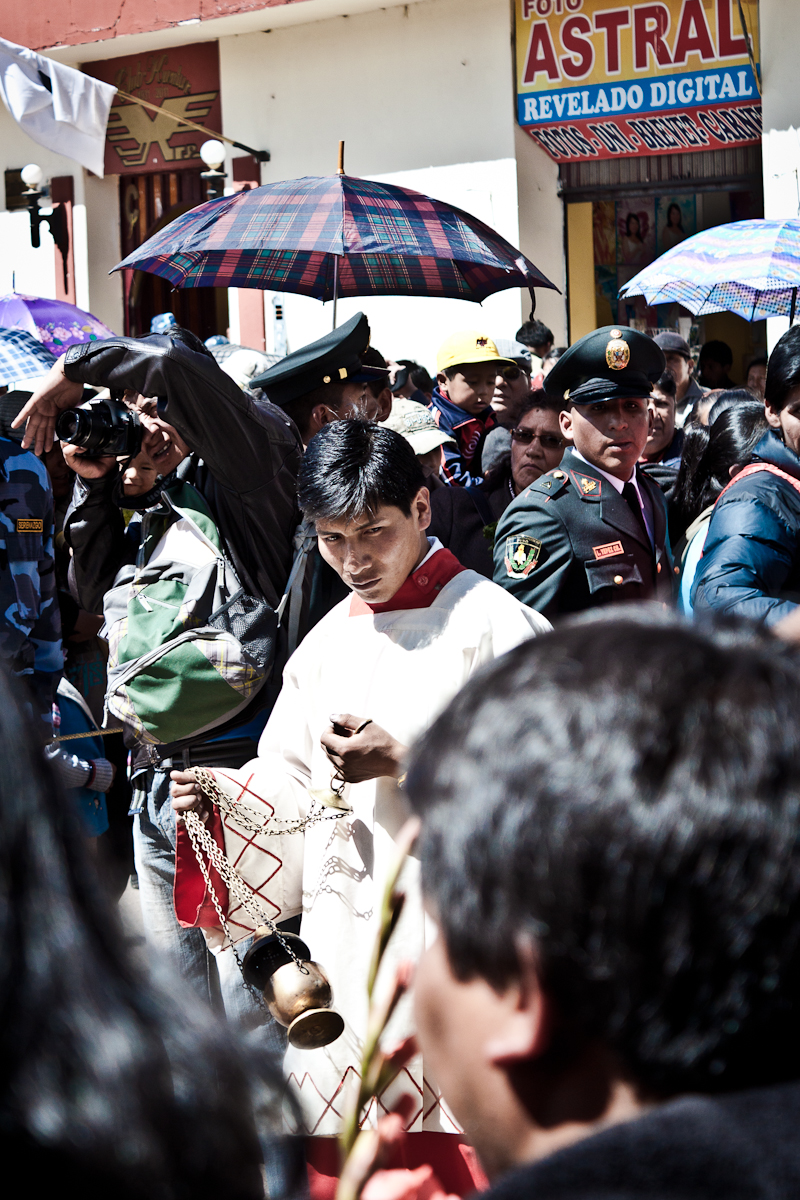 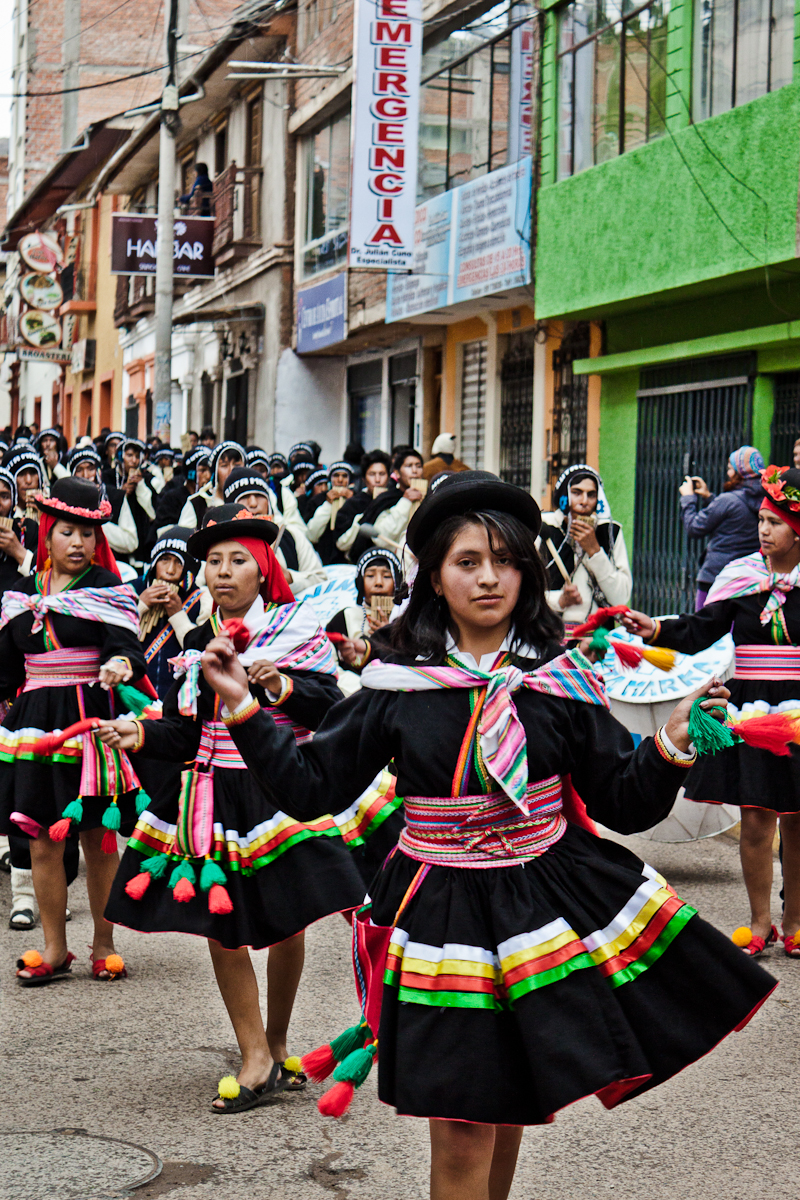 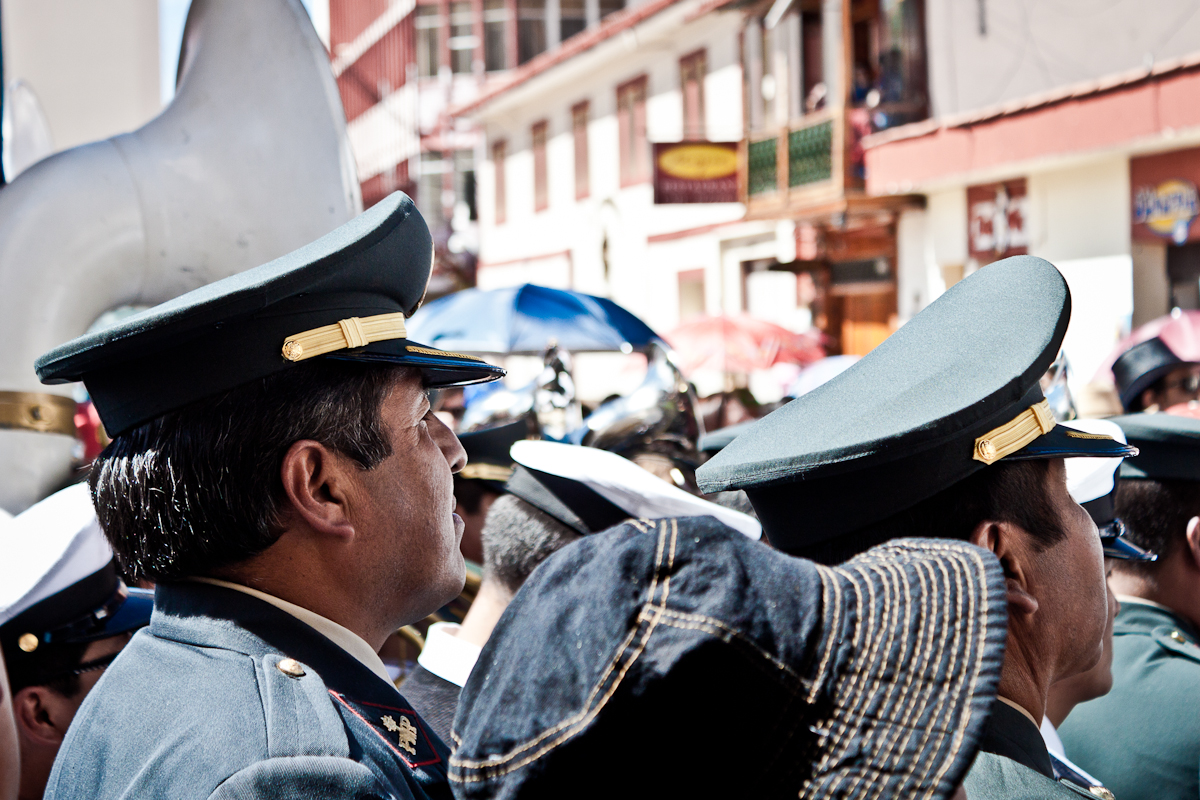 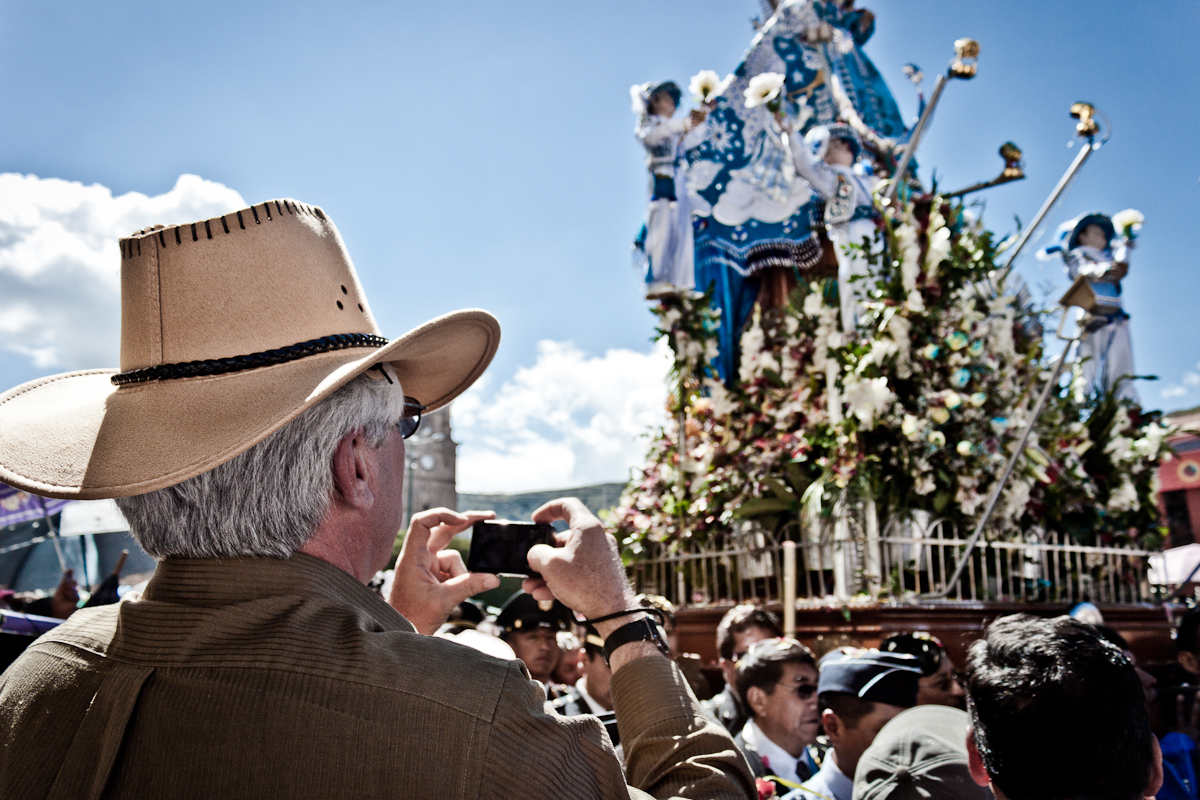 This said, it’s probably the largest fest of culture, music and dancing in Perú with more than 200 dances in over 150 dance sets. 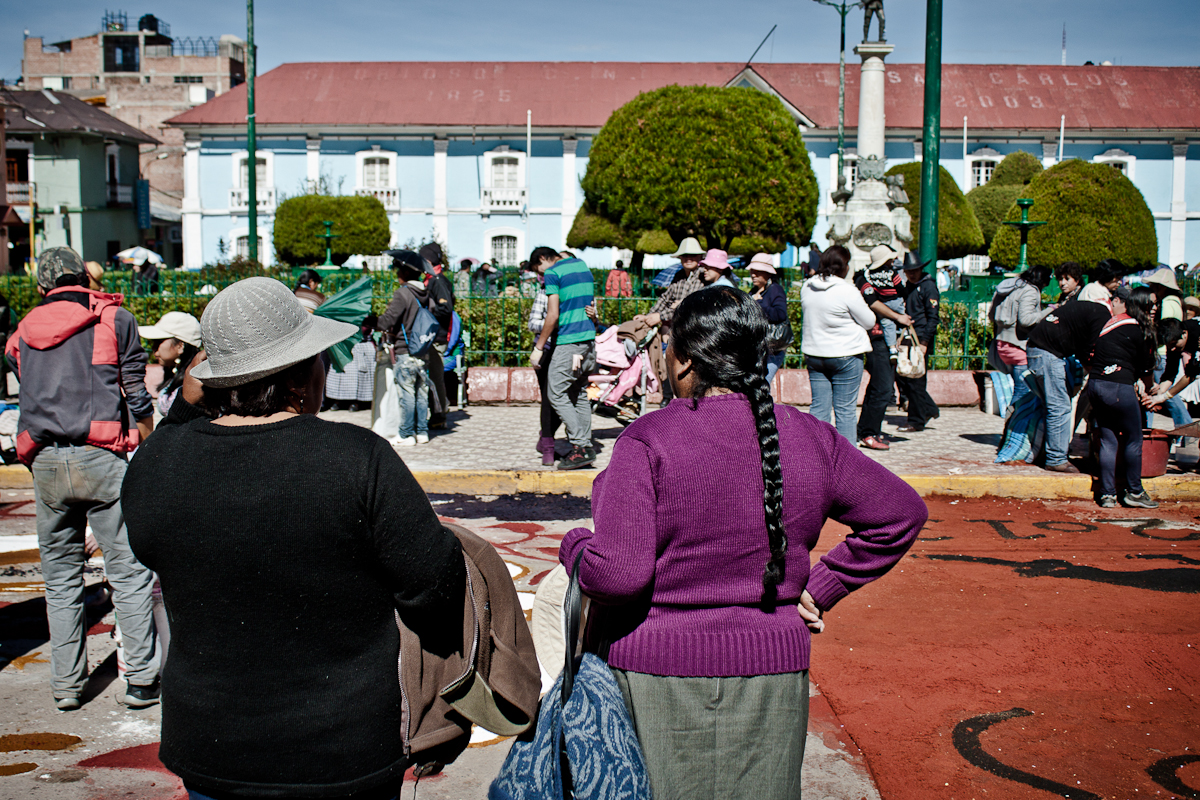 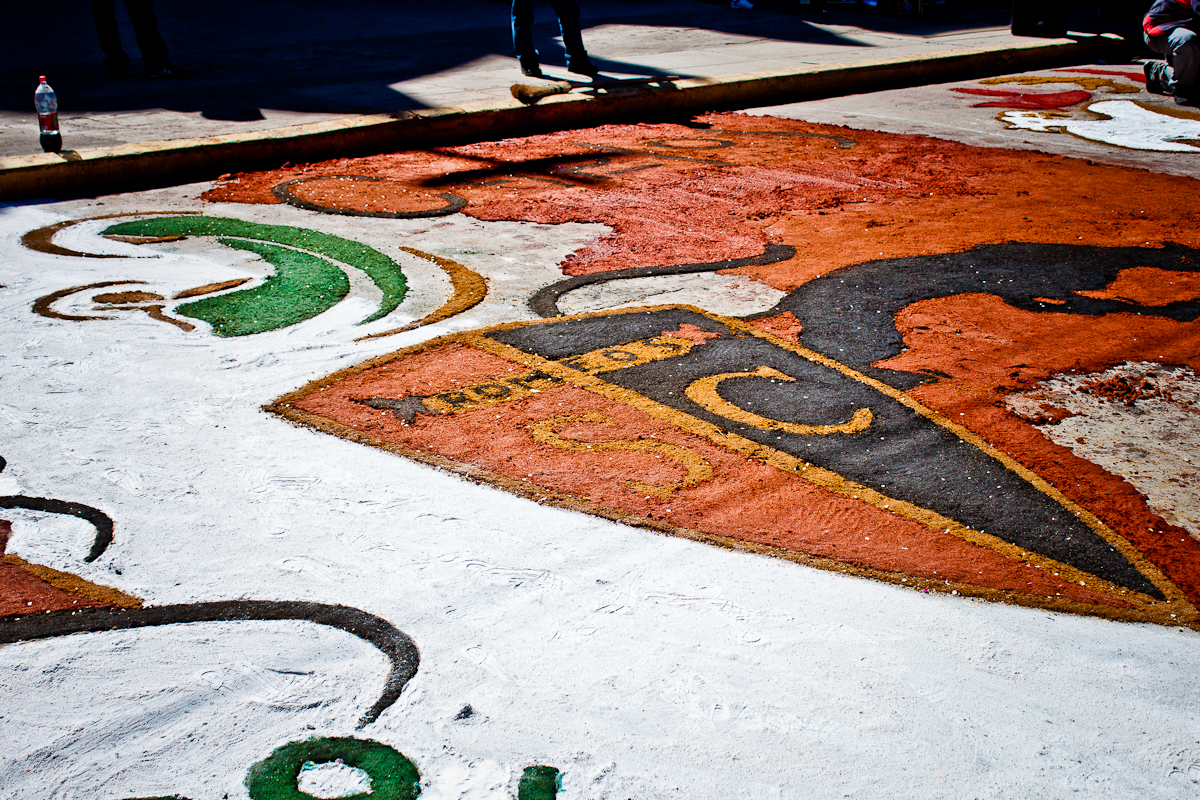 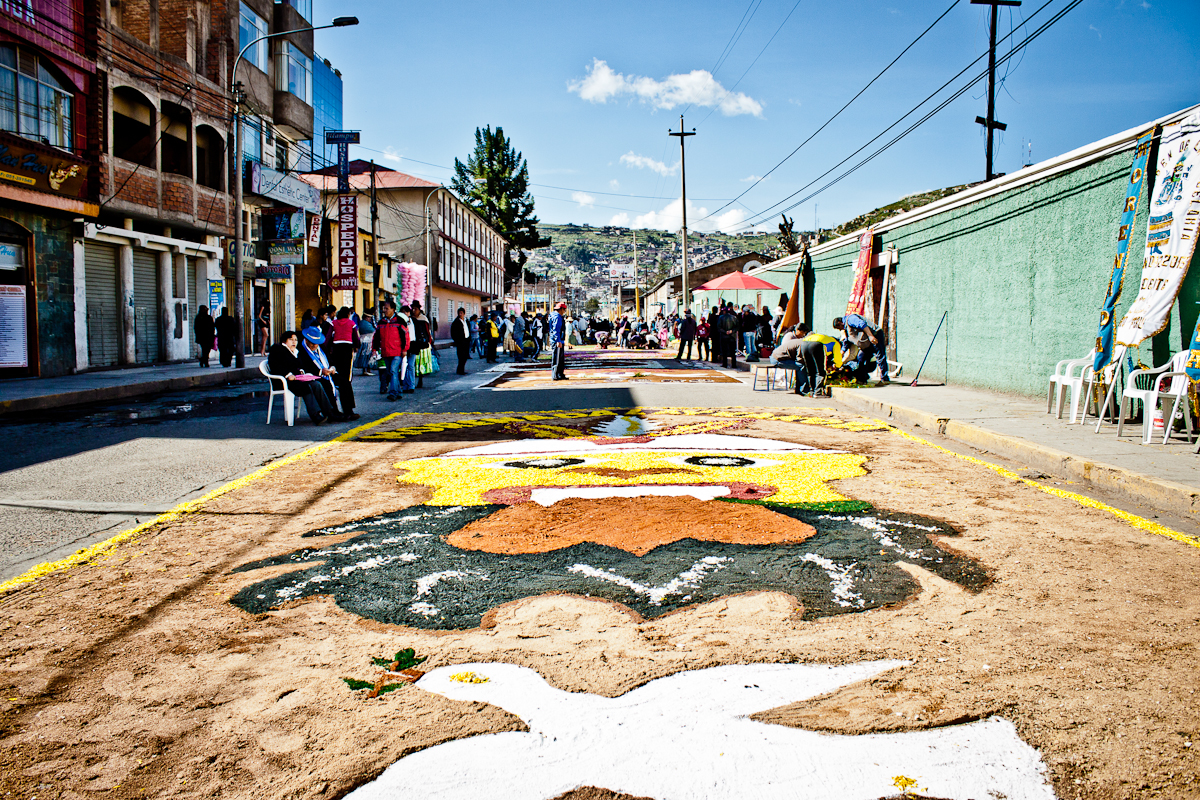 The festival is in honor of the Virgen de la Candelaria, patron saint of Puno. Over 70’000 people are somehow involved in the festive activities (the city has a population of about 100’000). 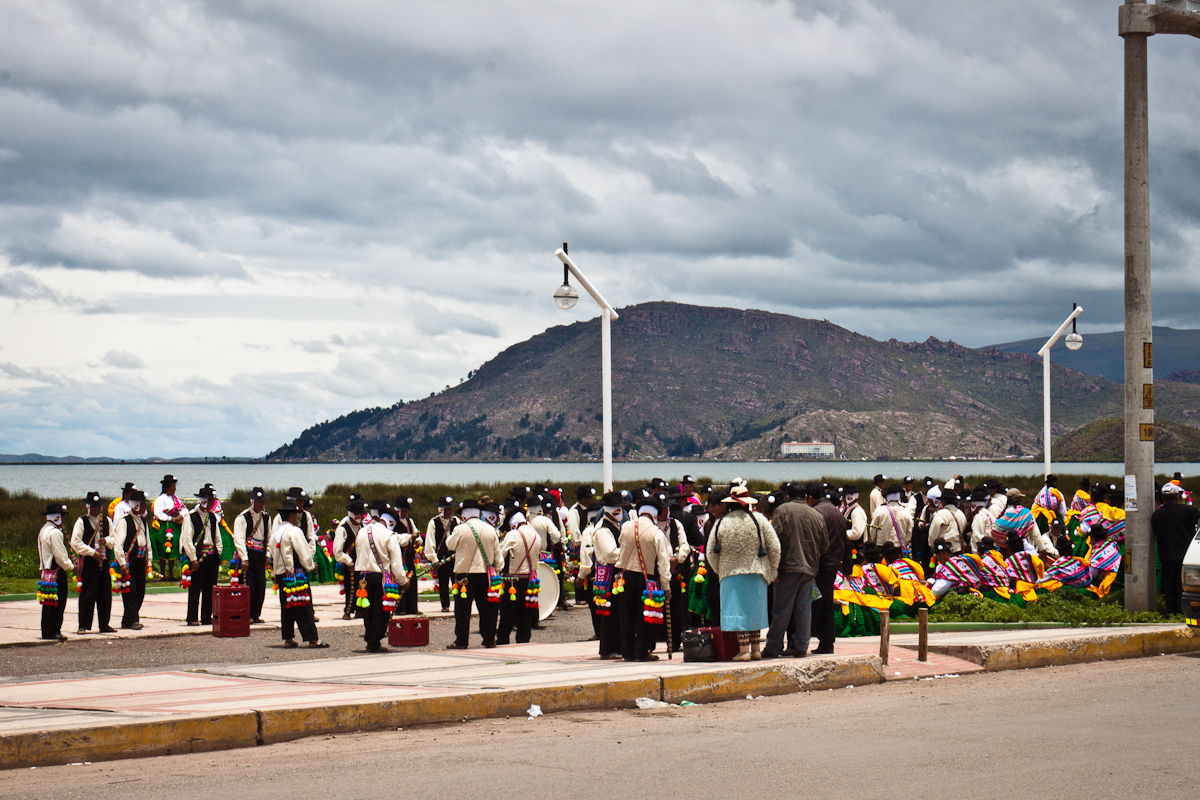 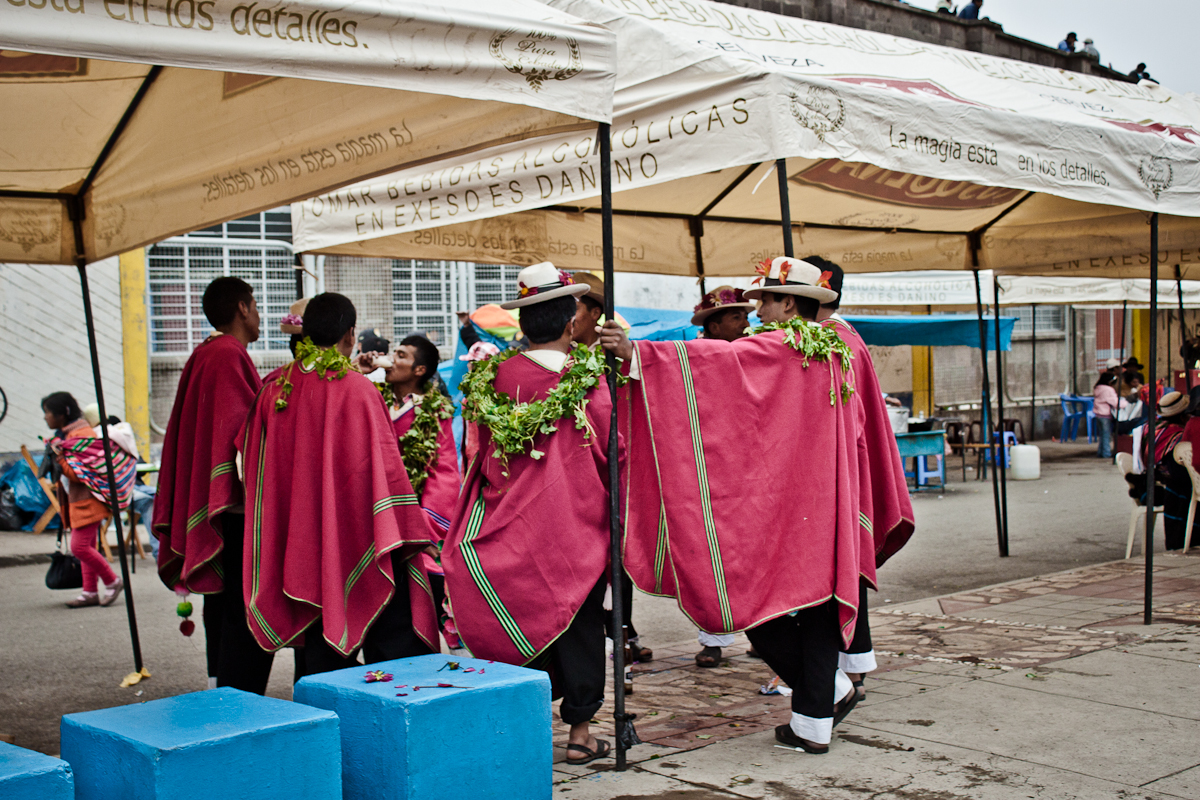 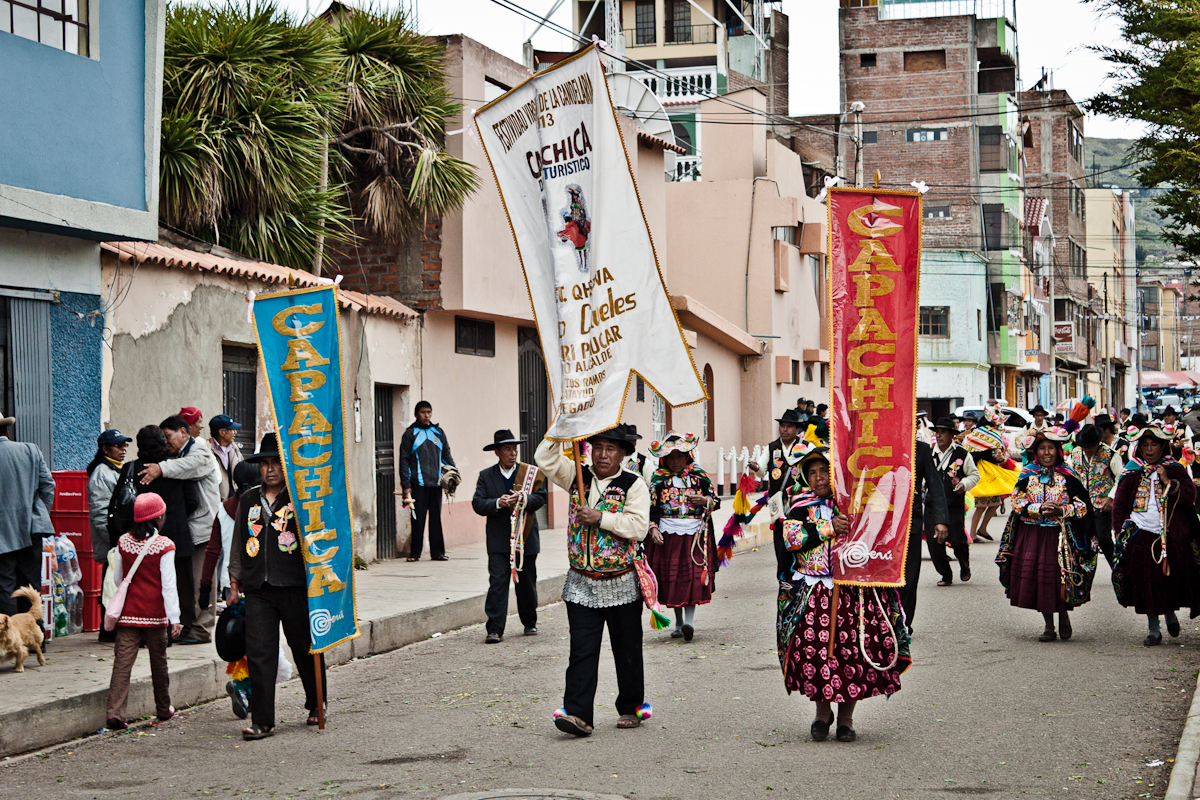 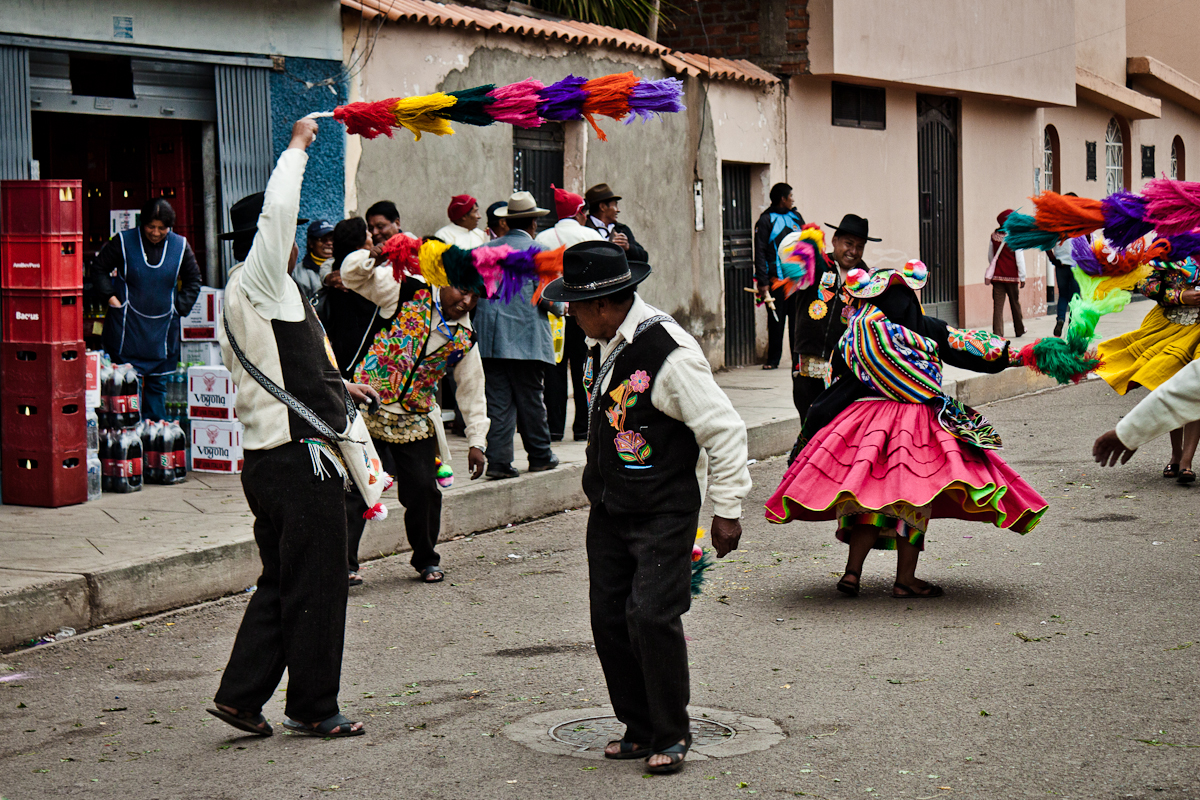 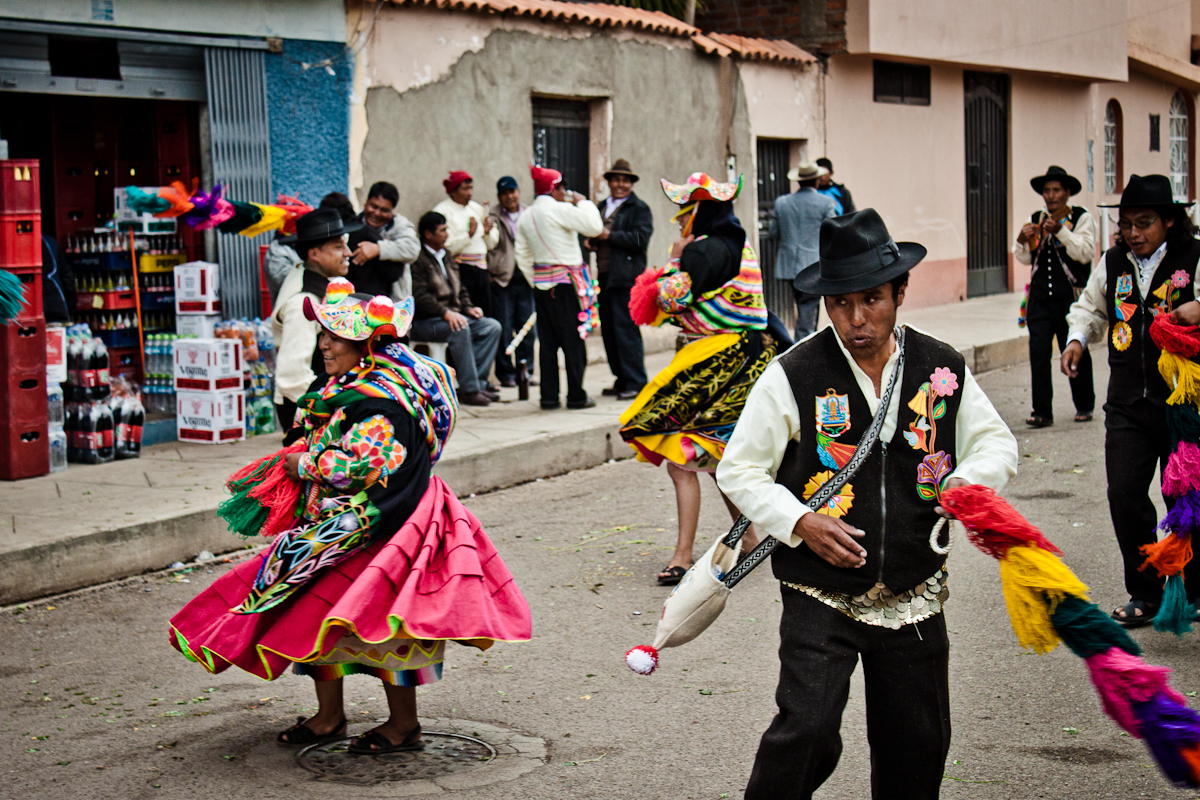 Most of the participating dancers were dressed in very colorful costumes, dancing through Puno. The evening are all about drinking and partying out in the streets. 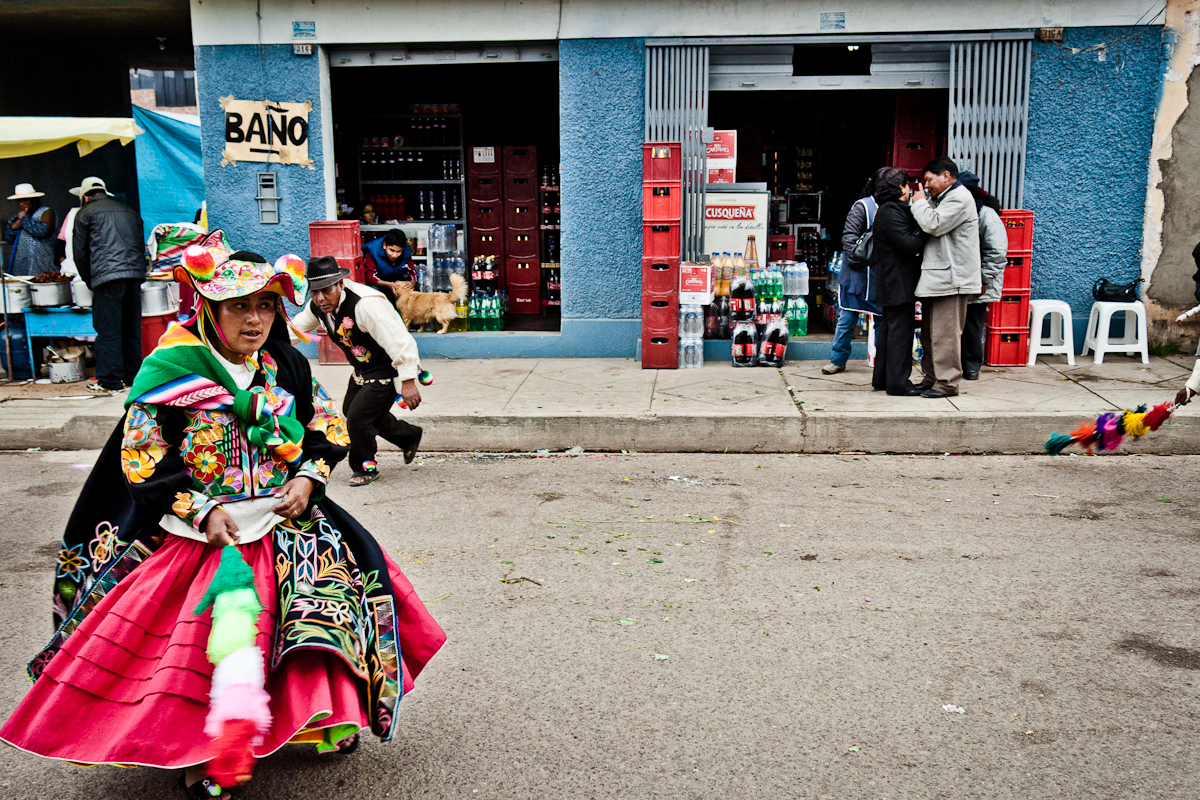 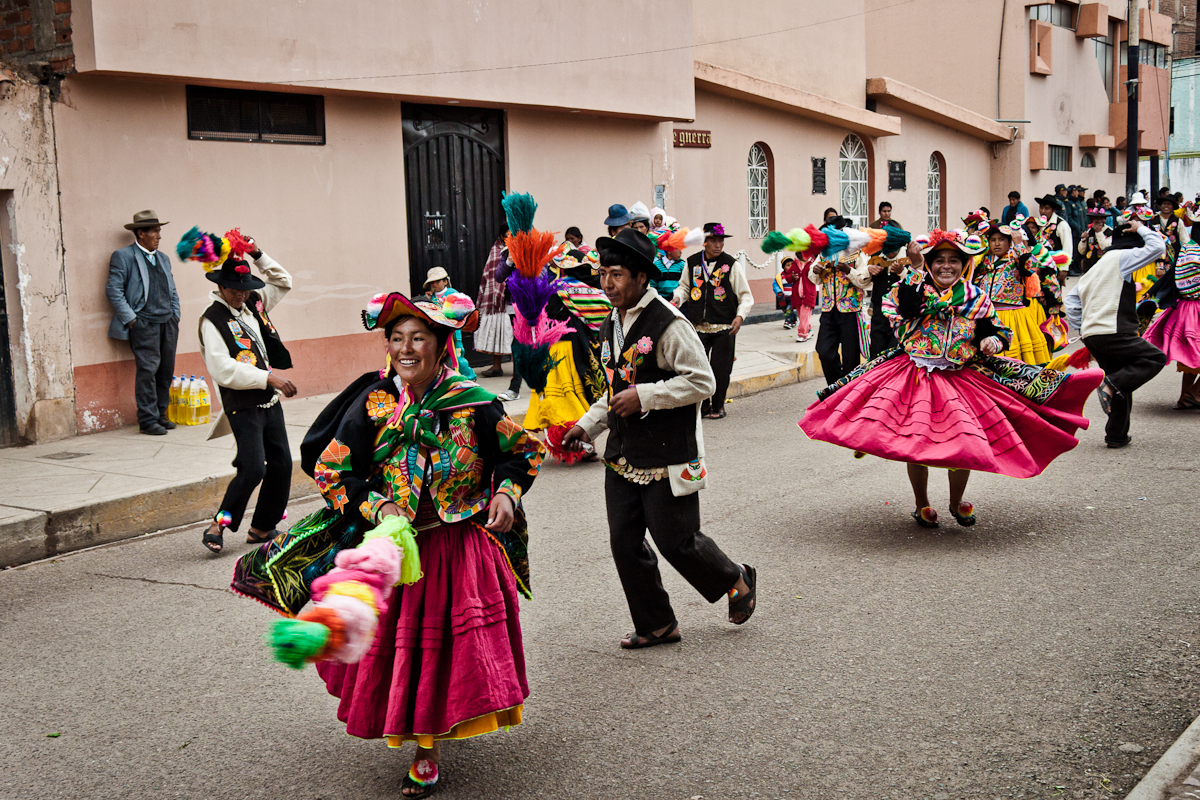 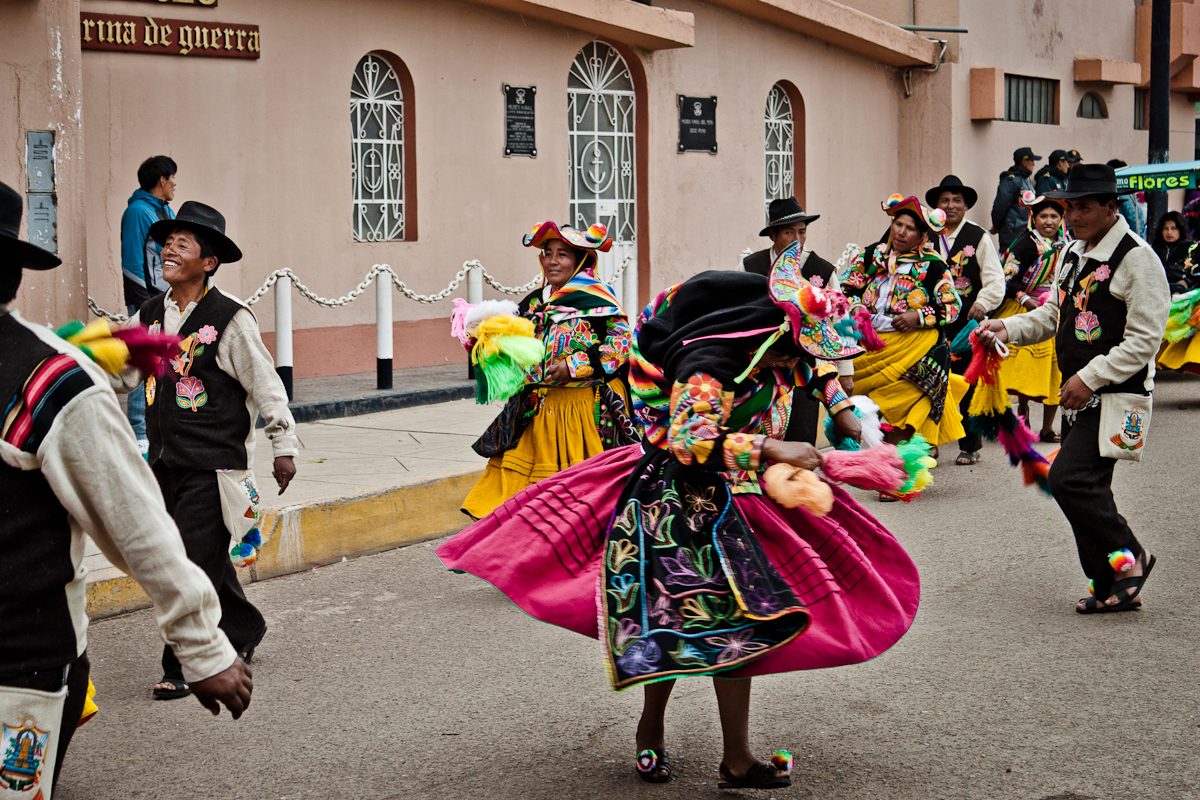 We did not know about the festival until a few days before our arrival, though the colorful festival made that otherwise kinda dull city much more interesting. 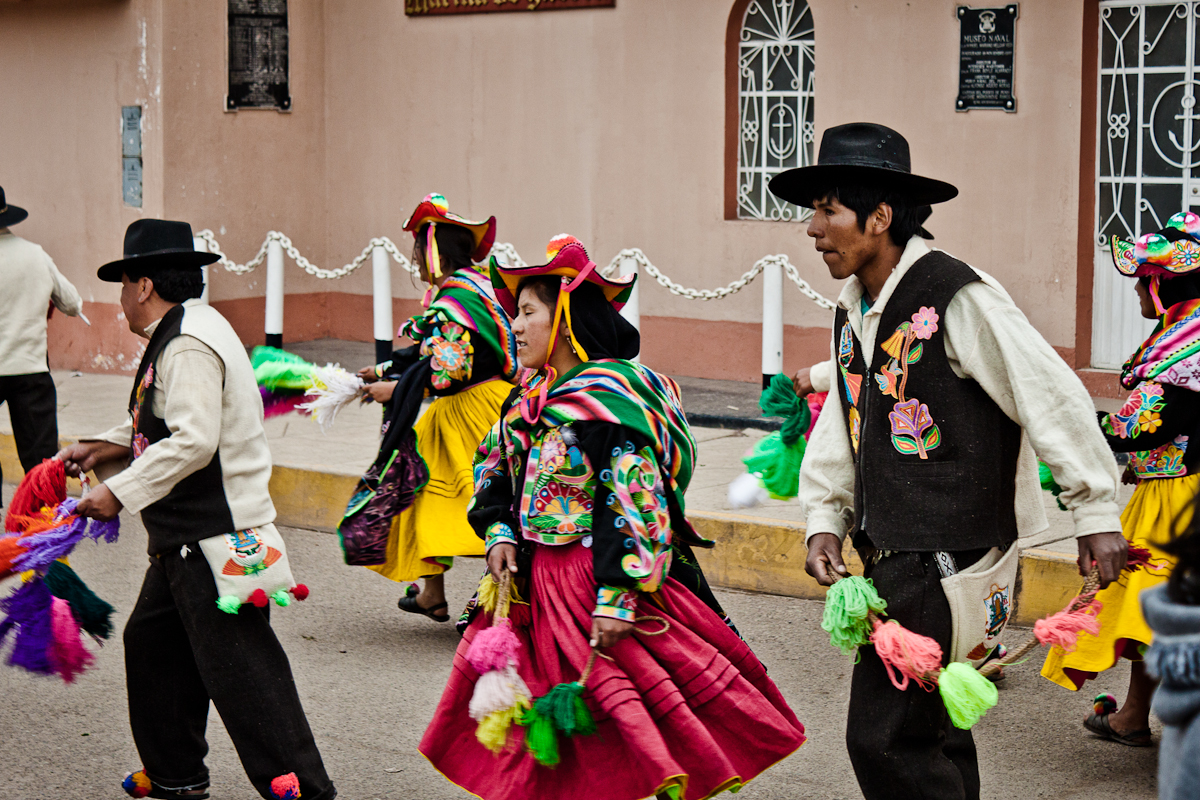 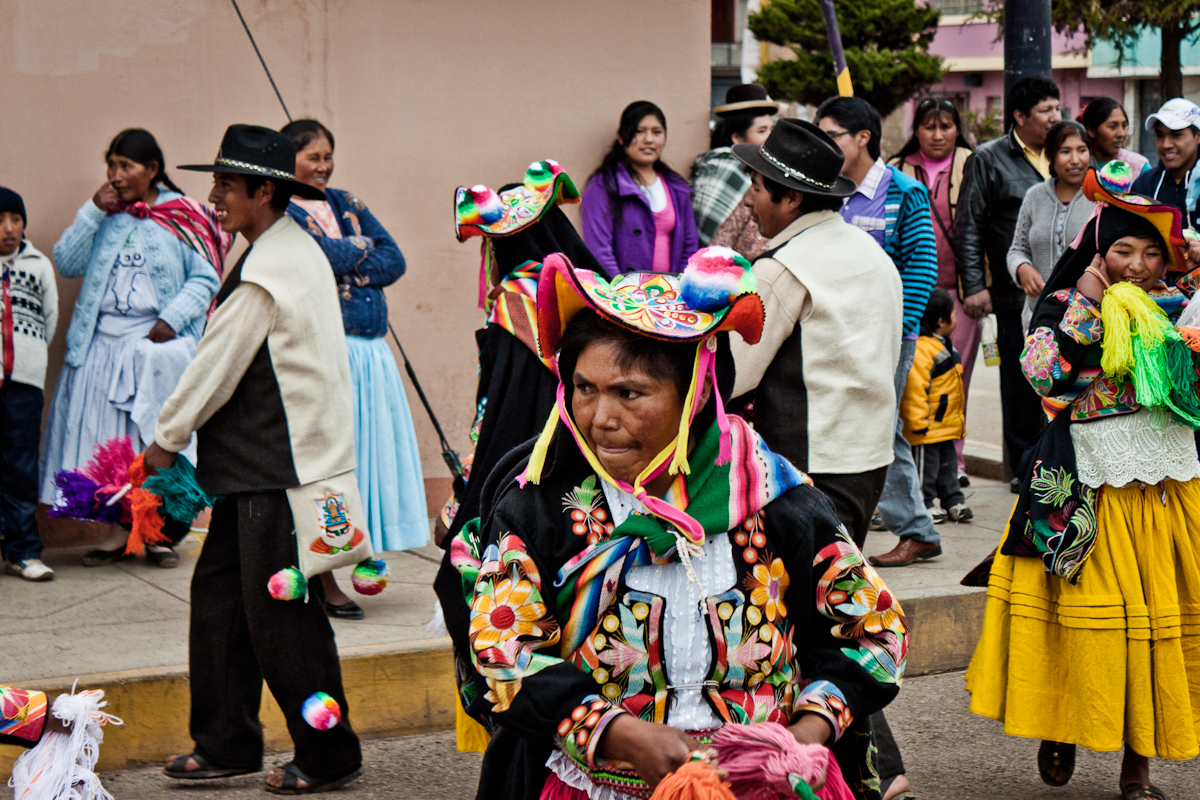 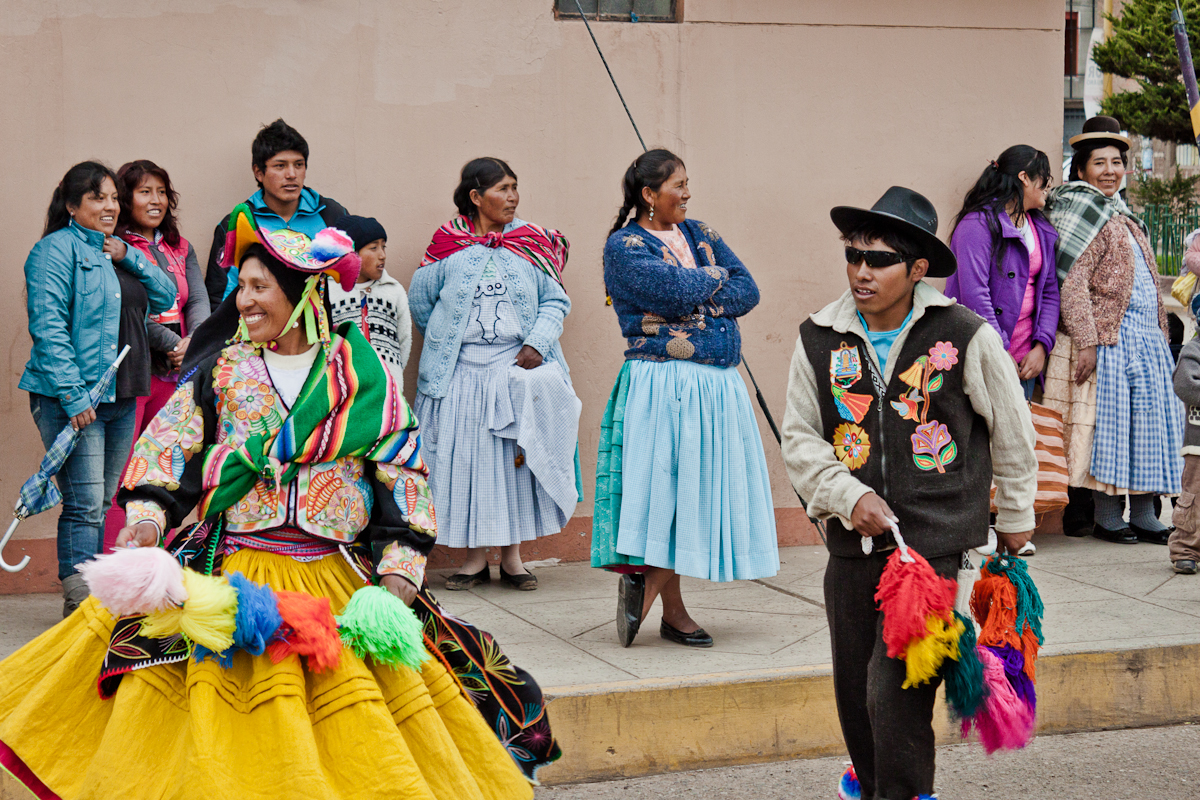 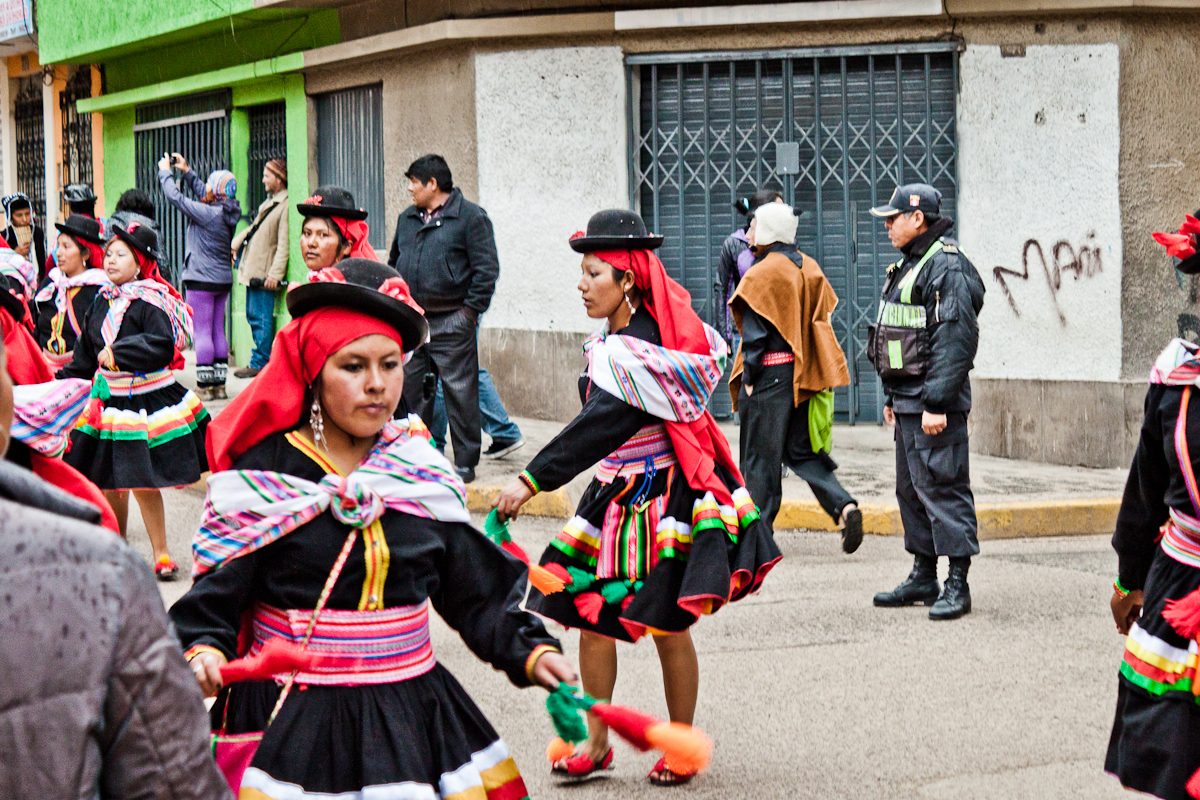 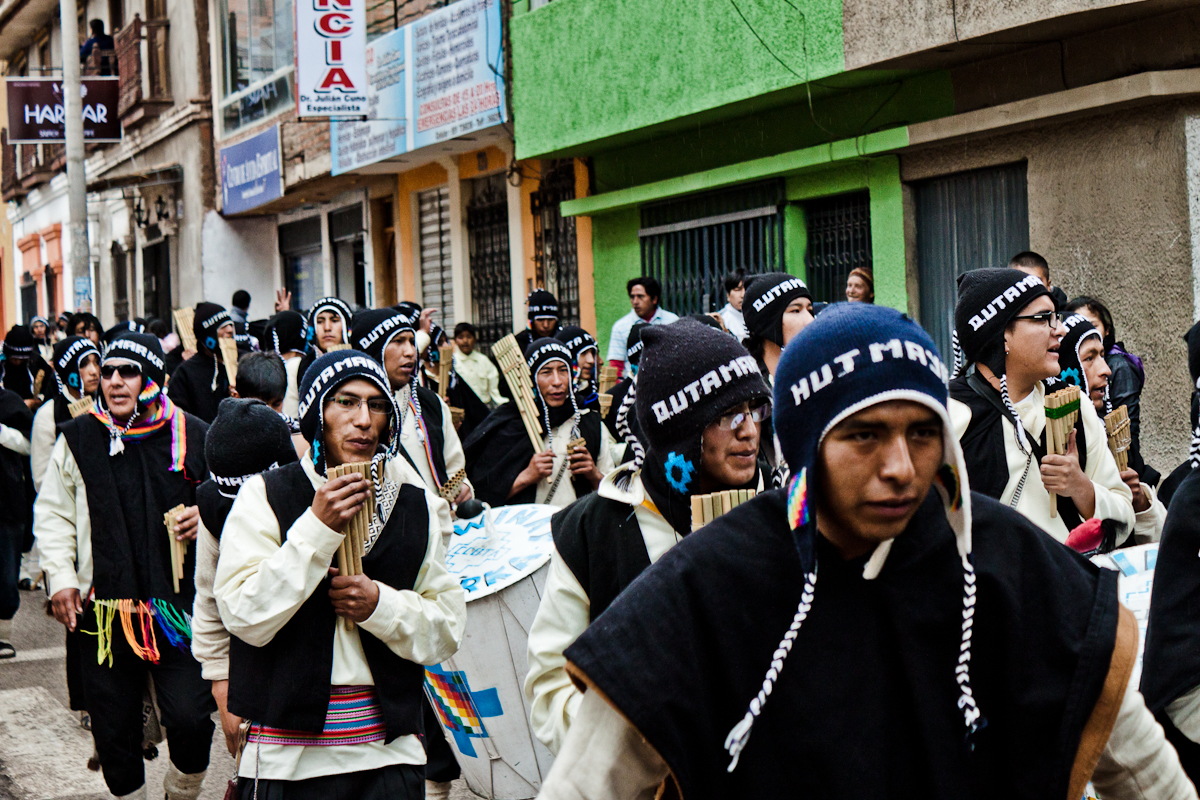 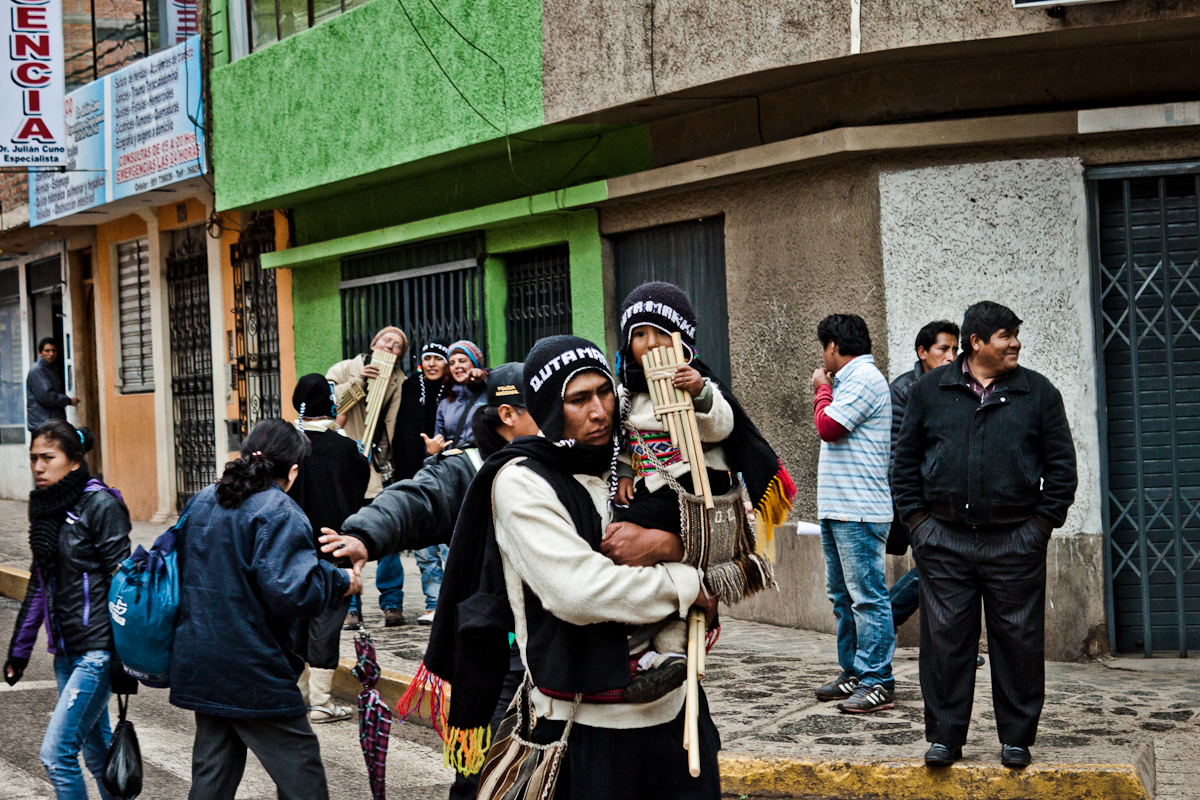