We took a direct bus (Expreso Brasilia, 86’000 COP – literally the last money in our pockets) from Tolú to Medellín. The bus ride was alright, just way too cold (as usual). In Medellín, we had troubles finding a hostel (they were all fully booked because of the Feria de las Flores) and ended up staying in a hotel for 235’000 COP (2 persons) the first night. The next morning, we moved to Arkadia Hostel (nice atmosphere, great staff, not enough toilets/showers & not all that clean though), which was just a 2 min walk away and only 5-10 minutes from Plaza Lleras in El Poblado (the city’s epicenter of nightlife). 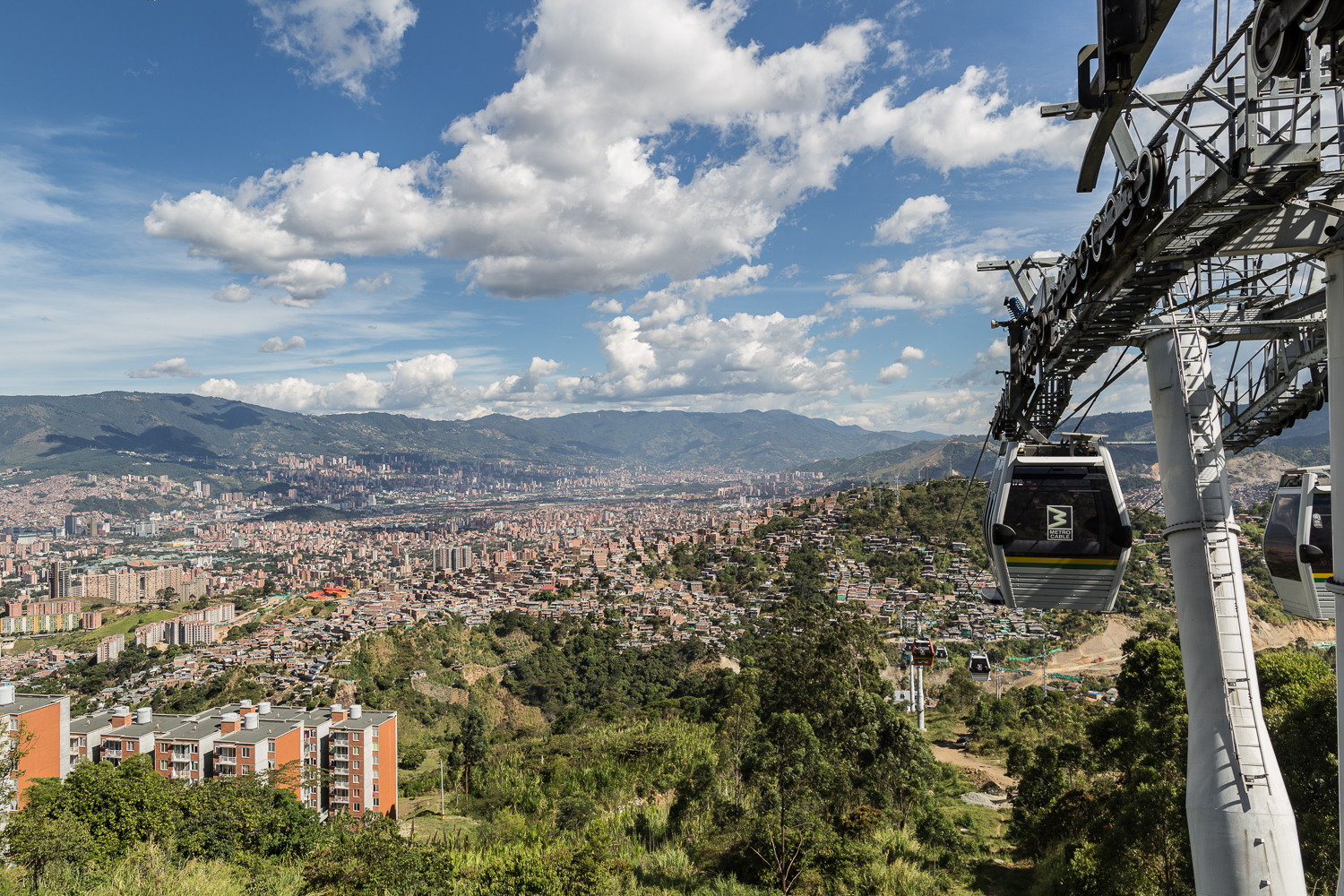 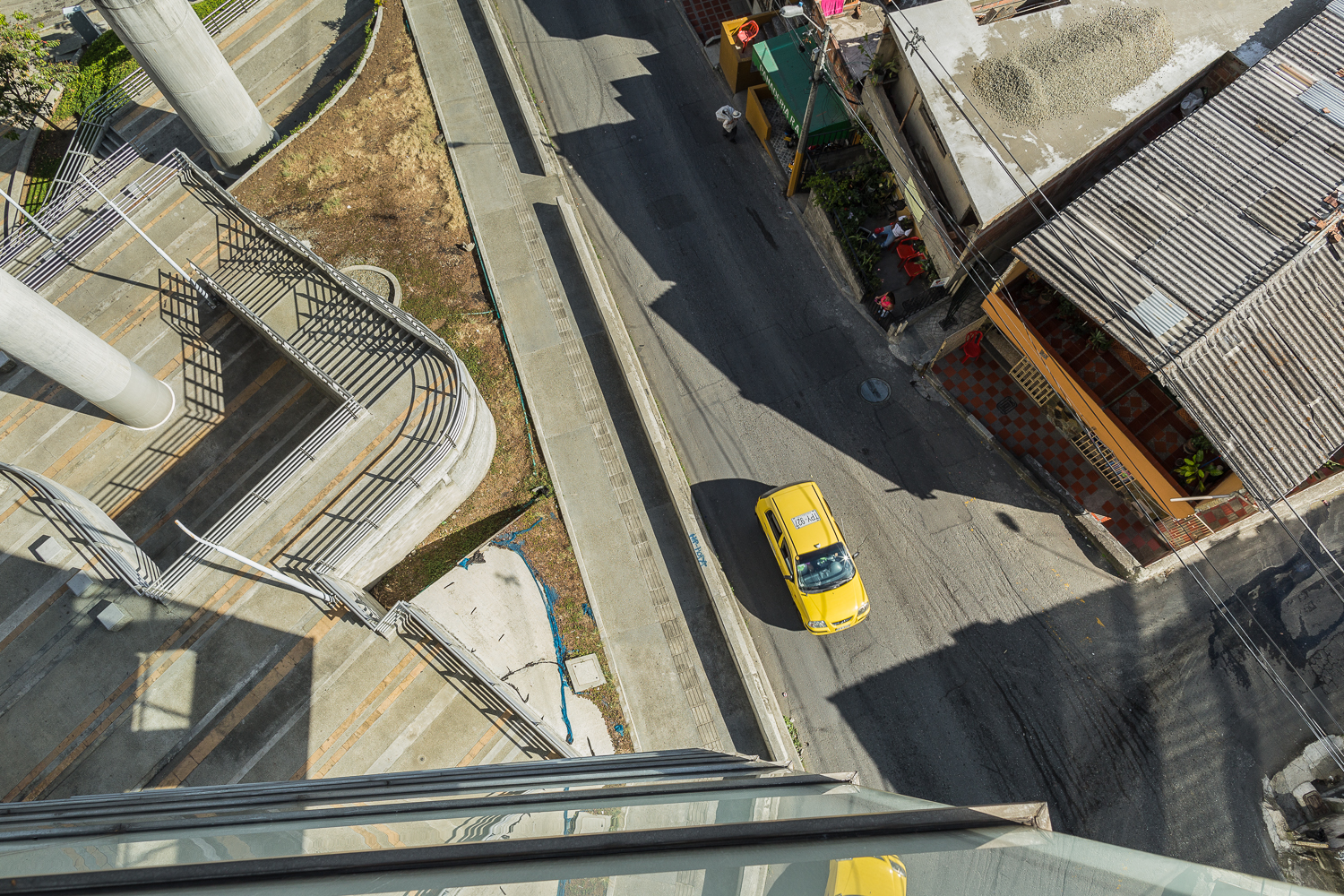 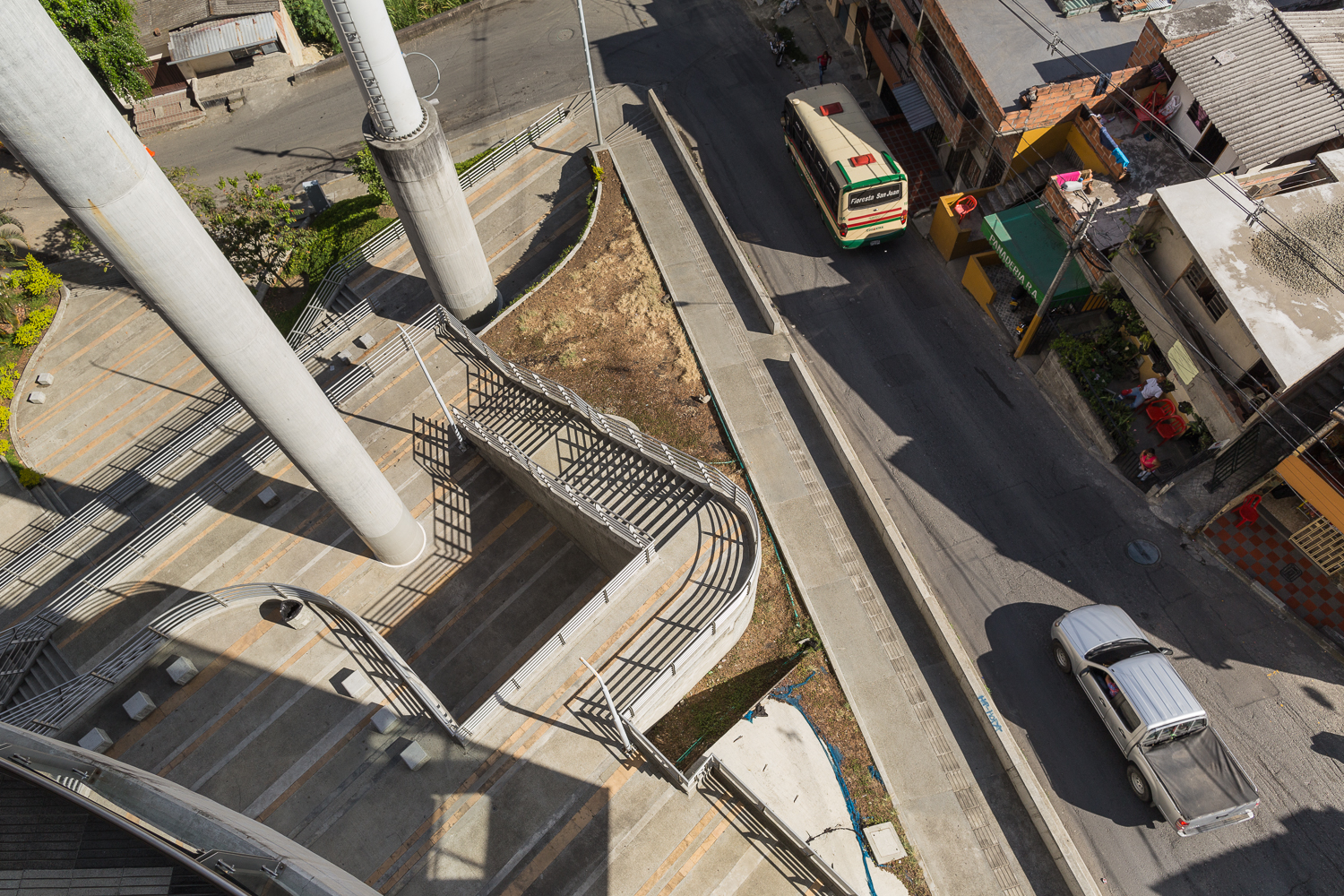 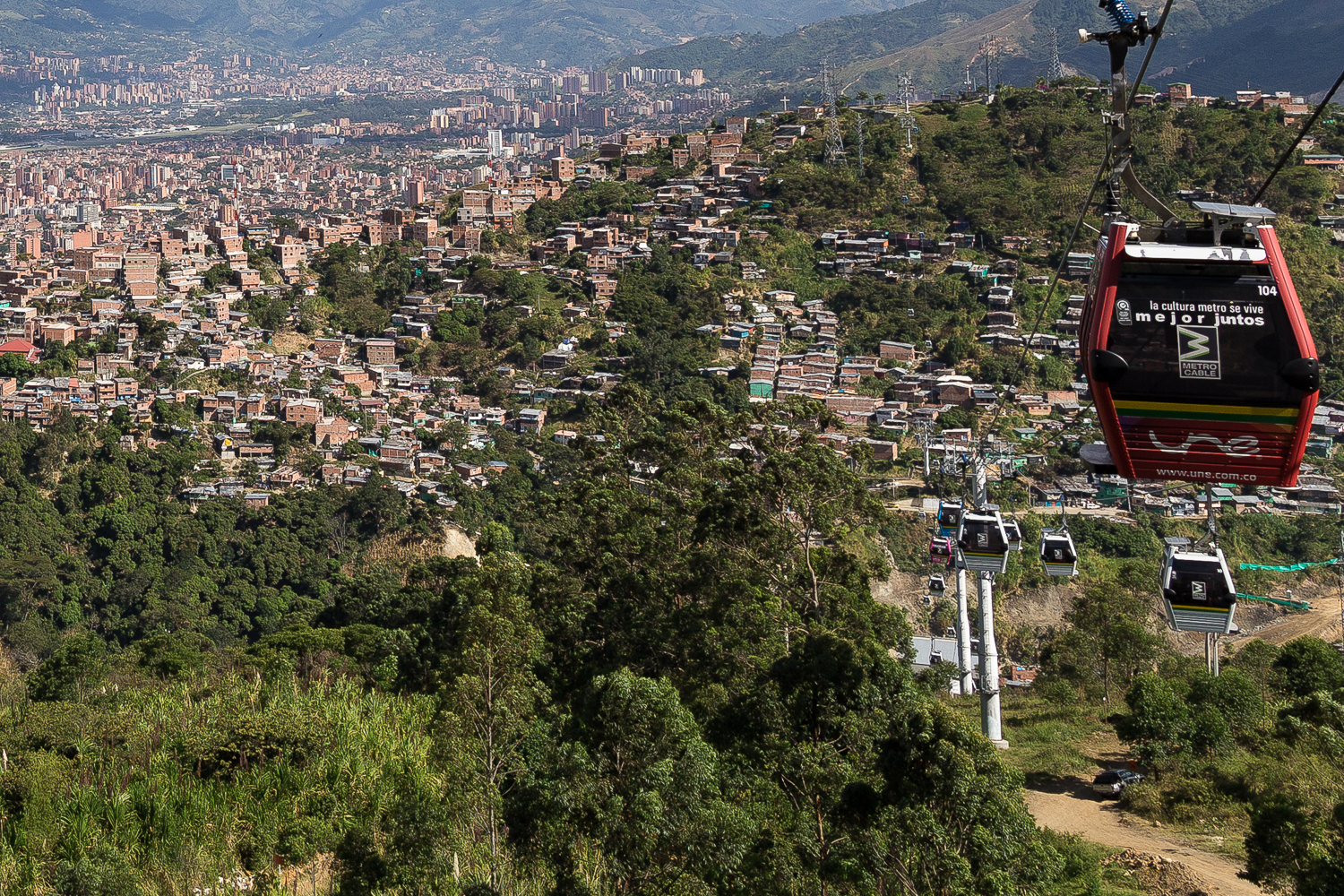 We visited the football game Independiente Medellín – Once Caldas (1-3). The home team played much better, but they were kinda stupid. Their supporters showed a nice choreography (while we were still outside, desperately looking for cheap-ish tickets – we bought some heavily overpriced «VIP mainstand» tickets for 70’000 COP, the cheapest we were able to find). 39’000 visitors, good atmosphere at the beginning and when they scored.

The next two days, we took the cable cars up and over some hills (nice views) and did the free walking tour (realcitytours.com), which was great and worth a generous tip – Pablo was the most awesome guide ever. The tour is a must-do in Medellín and was a big highlight for me. Unfortunately, I got mugged right after the tour in downtown by some teenagers with knives. 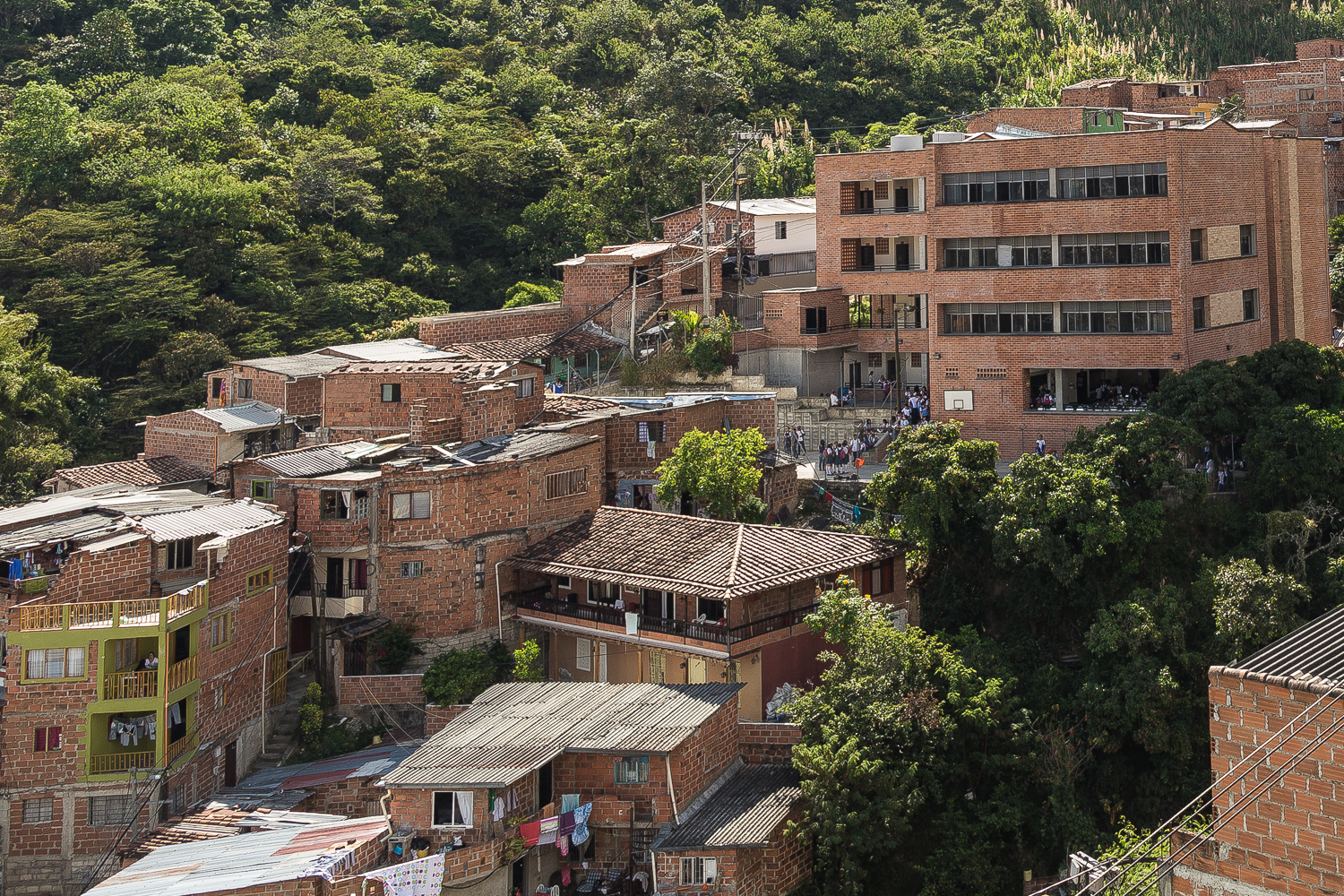 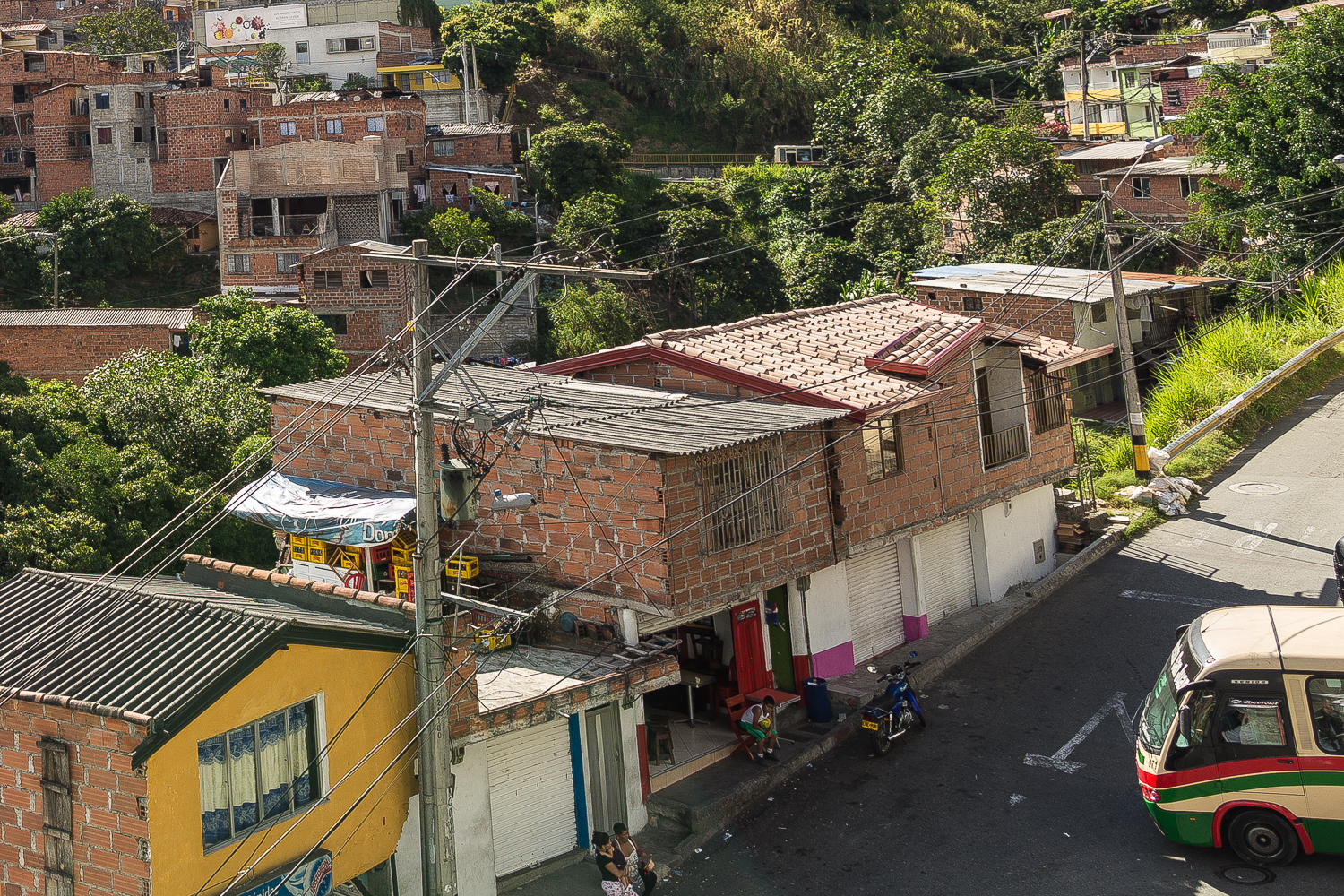 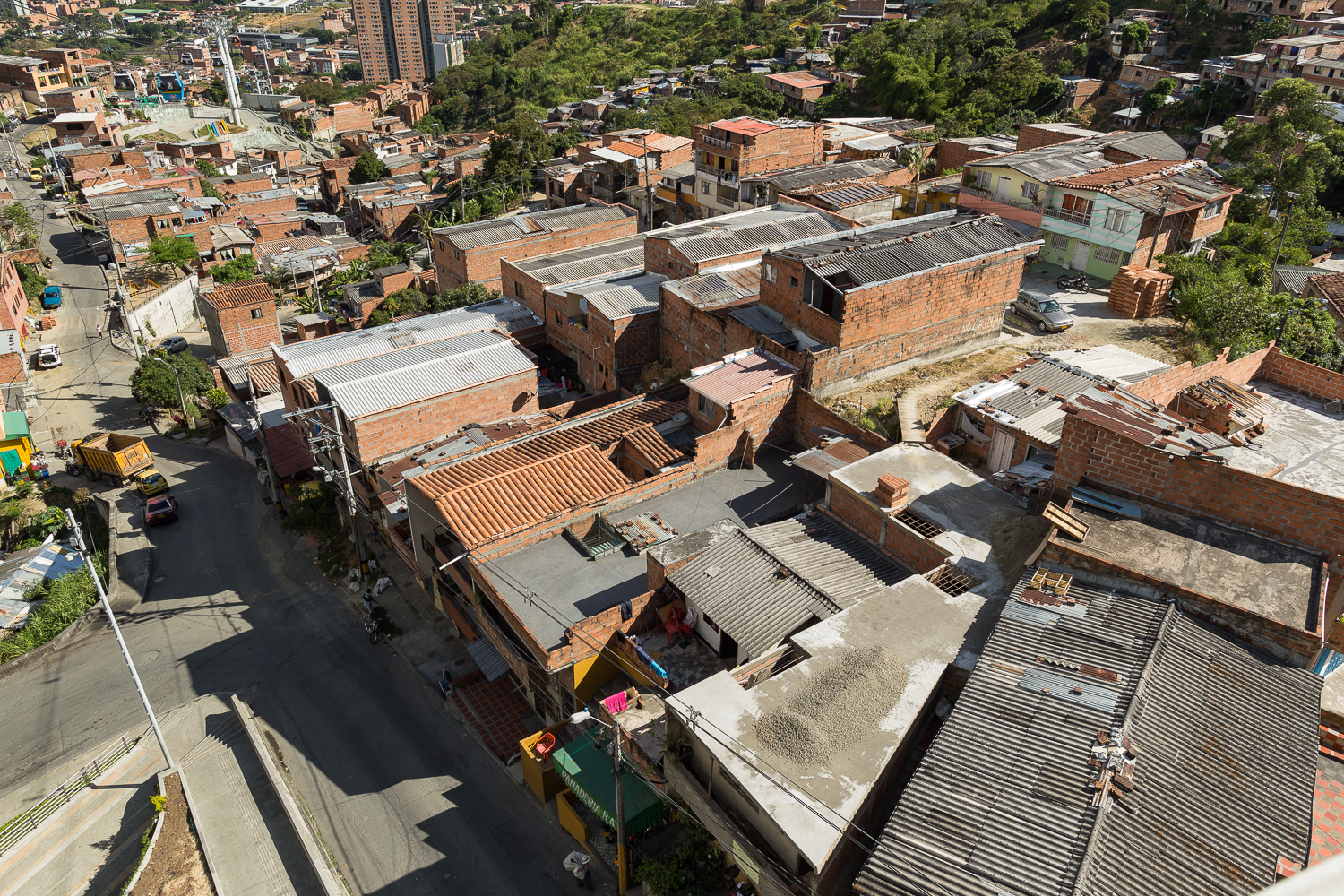 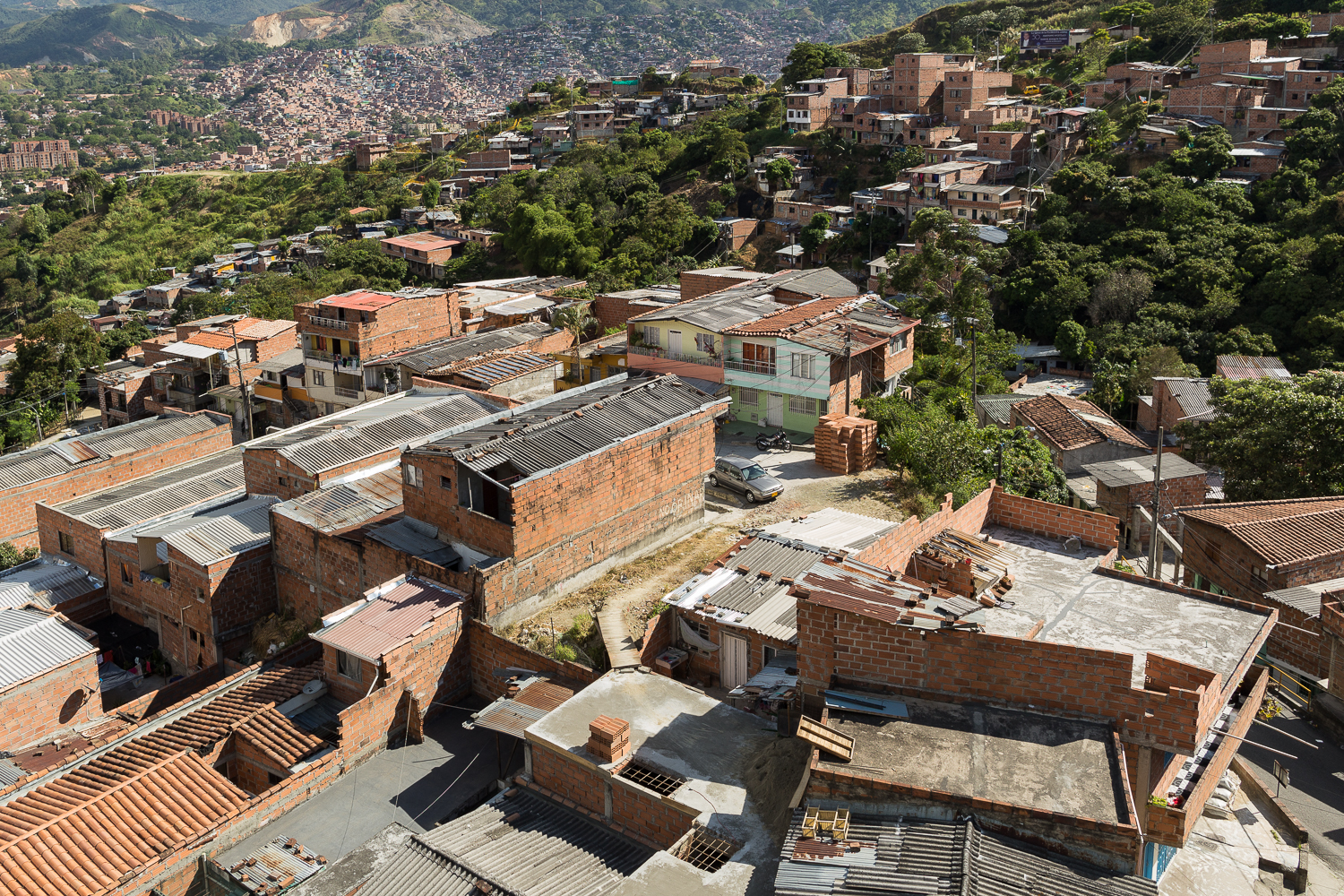 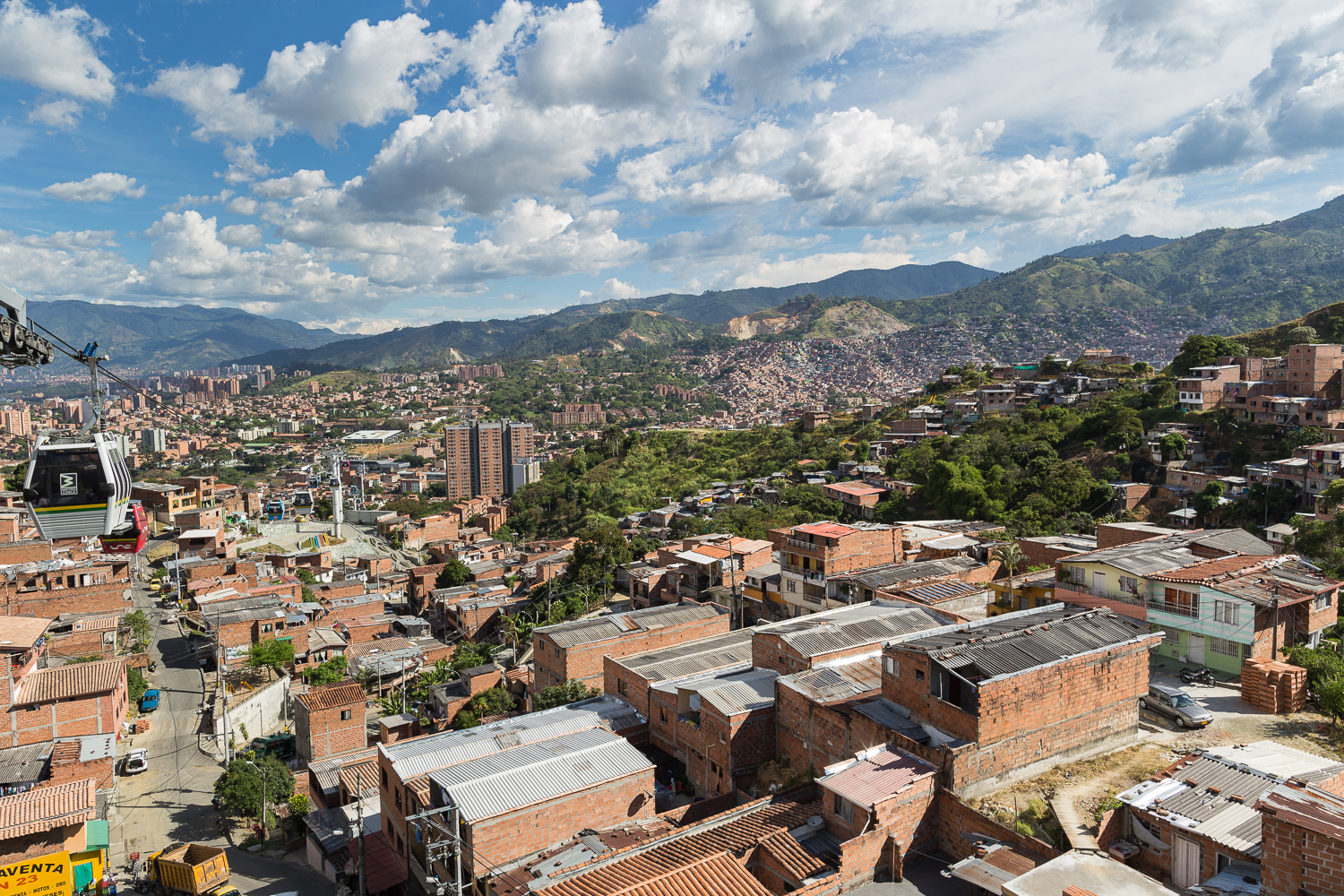 Guatapé is a small town two hours from Medellín (bus from north terminal, 10’000 COP), semi-famous for its Piedra del Peñol, a huge rock with great views across a reservoir with lots of small island. We walked up the 650 steps of the staircase built into the rock with some girls from Cali and their grandma. They shared their delicious food with us and we made plans to meet up in Cali a few days later. 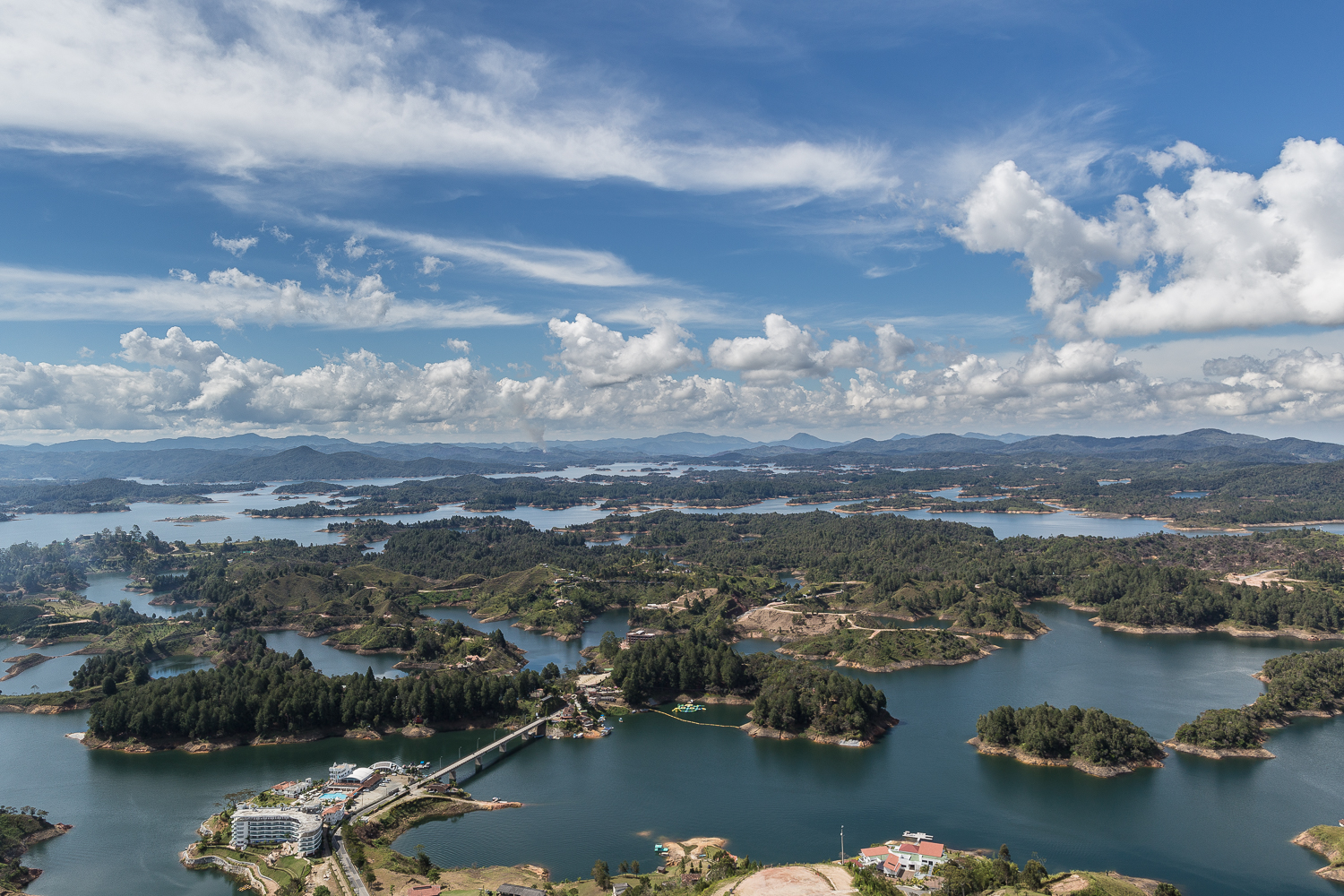 We’d traveled 6-7 hours by bus from Medellín to Armenia and 40 more minutes in a minivan to Salento. The hostel (Plantation House, 50’000 COP for a twin room with private bath) was quite nice and it had a coffee plantation attached to it, both owned by Don Eduardo (an old Englishman, grown up in Australia). They offer tours around the plantation at 9am (EN) and 3pm (ES) for 20’o00 COP. The price gets cheaper with every night you stay at the hostel (if you stay 4 nights, you get the tour for free). The 3-hour tour was very interesting (especially the coffee tasting), even though Don Eduardo repeated himself quite a lot. 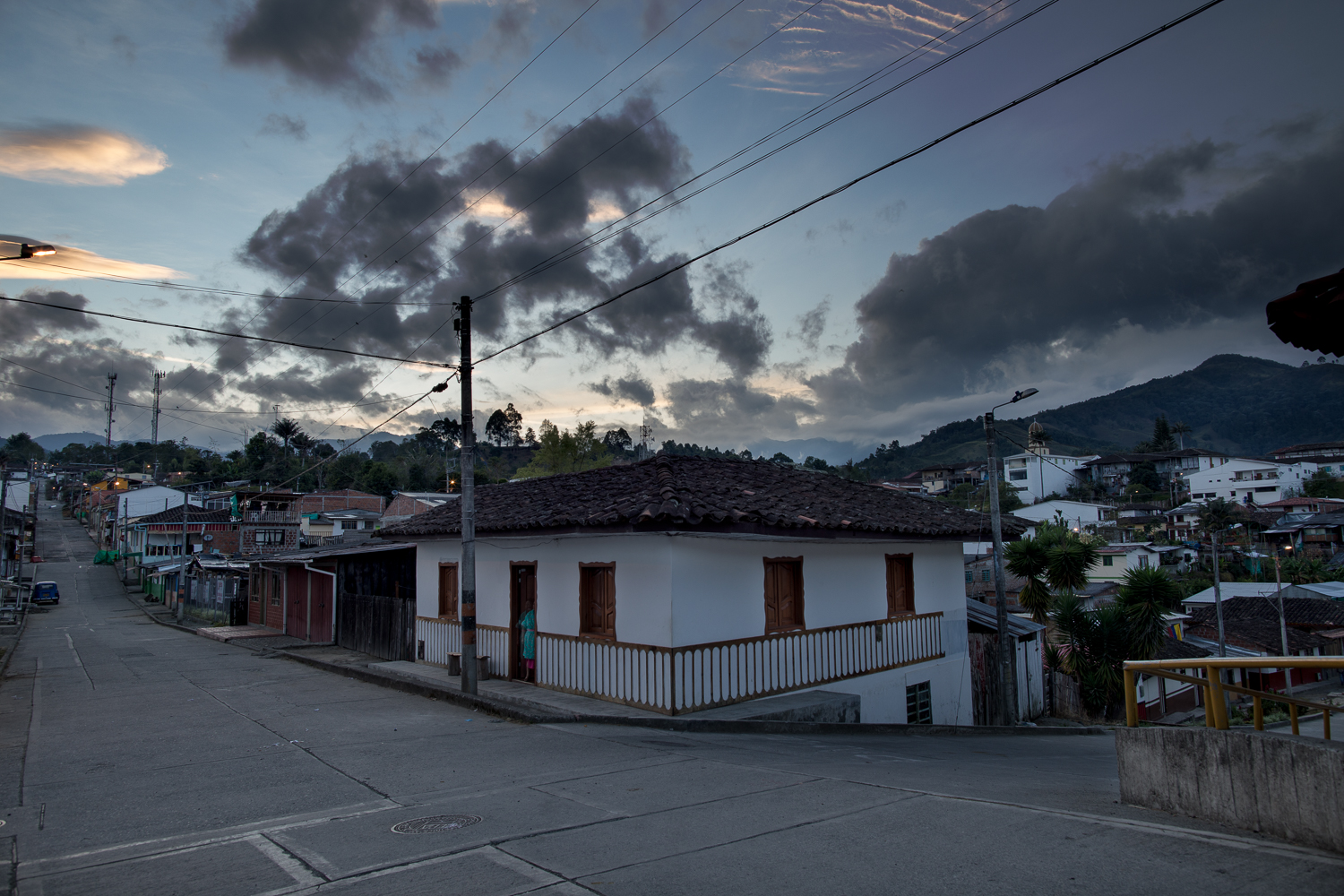 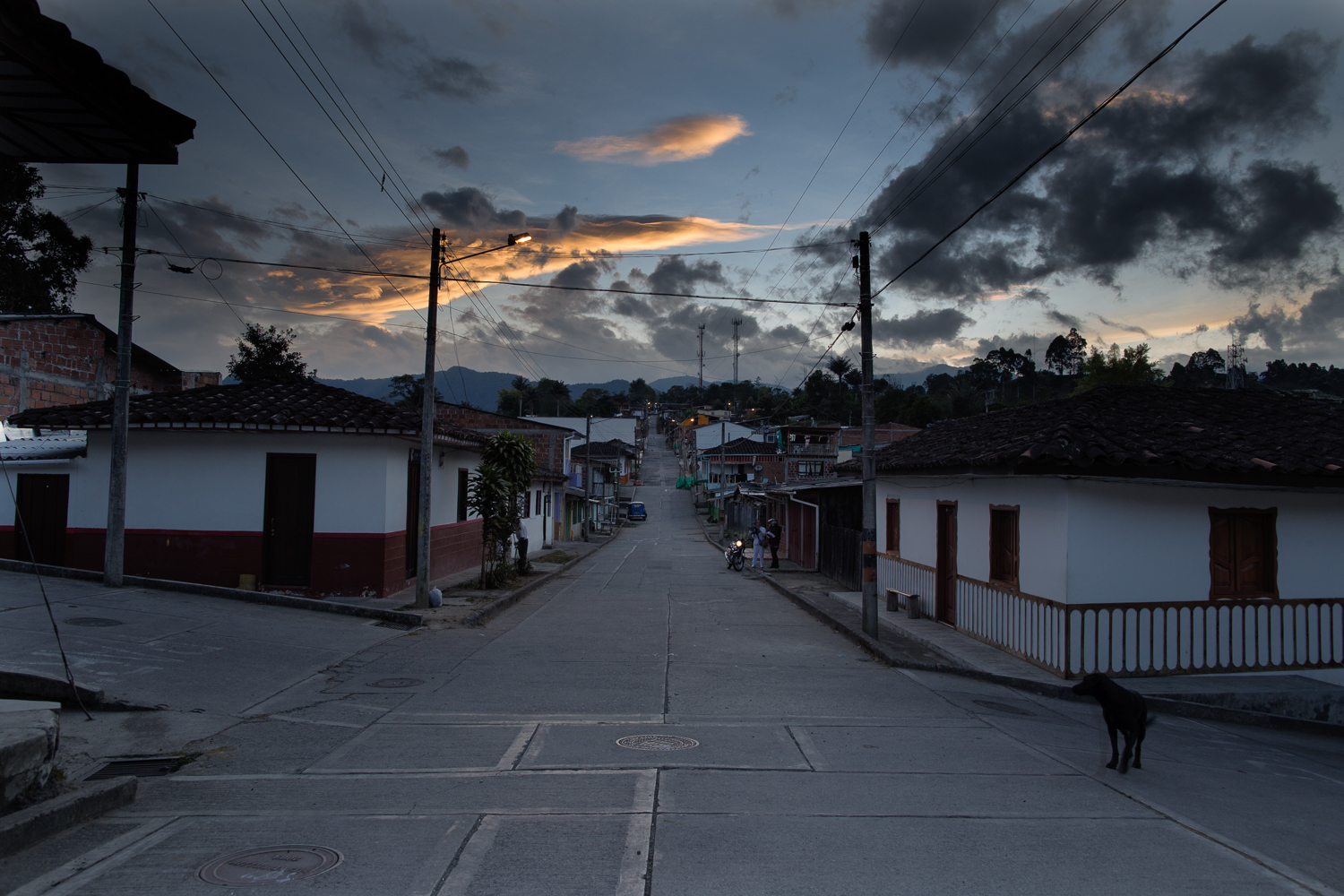 Salento was one of the highlights of the whole trip. It’s just a small village in the countryside, but it’s so laid back and relaxed, everyone’s super nice – much nicer even than in most other parts of Colombia. We heard about a tourist, whose camera got stolen a couple days earlier. In most parts of Colombia, this is the most normal thing to happen, but in Salento everyone was really shocked, because usually no one gets robbed in this peaceful town. We finally tried a (huge) Bandeja Paisa (traditional Antioquian dish) (13’000 COP at Casa Verde).

One more recommendation for Salento: From the top of the colorful stairs, you get nice views over the village and the mountainesque landscapes around.