The minibus from Salento to Armenia cost 3’800 COP, but we didn’t have to pay this time – he sort of forgot us after handing us the ticket. From Armenia to Cali, we sat in a minibus (20’000 COP) for 3-4 annoying hours (since we stopped so many times for people to get in or out). We stayed in El Viajero Hostel, which was quite a cool place to stay with a nice atmosphere and a great outside area with bar right next to the pool. They offered lots of activities (free salsa classes everyday, free yoga classes, Spanish classes, tours etc.) and we met great people there (and the salsa class came in handy at the club later). The hostel was located right next to a road with heavy traffic, and since there were no crosswalks, it was quite difficult (and dangerous) to pass. 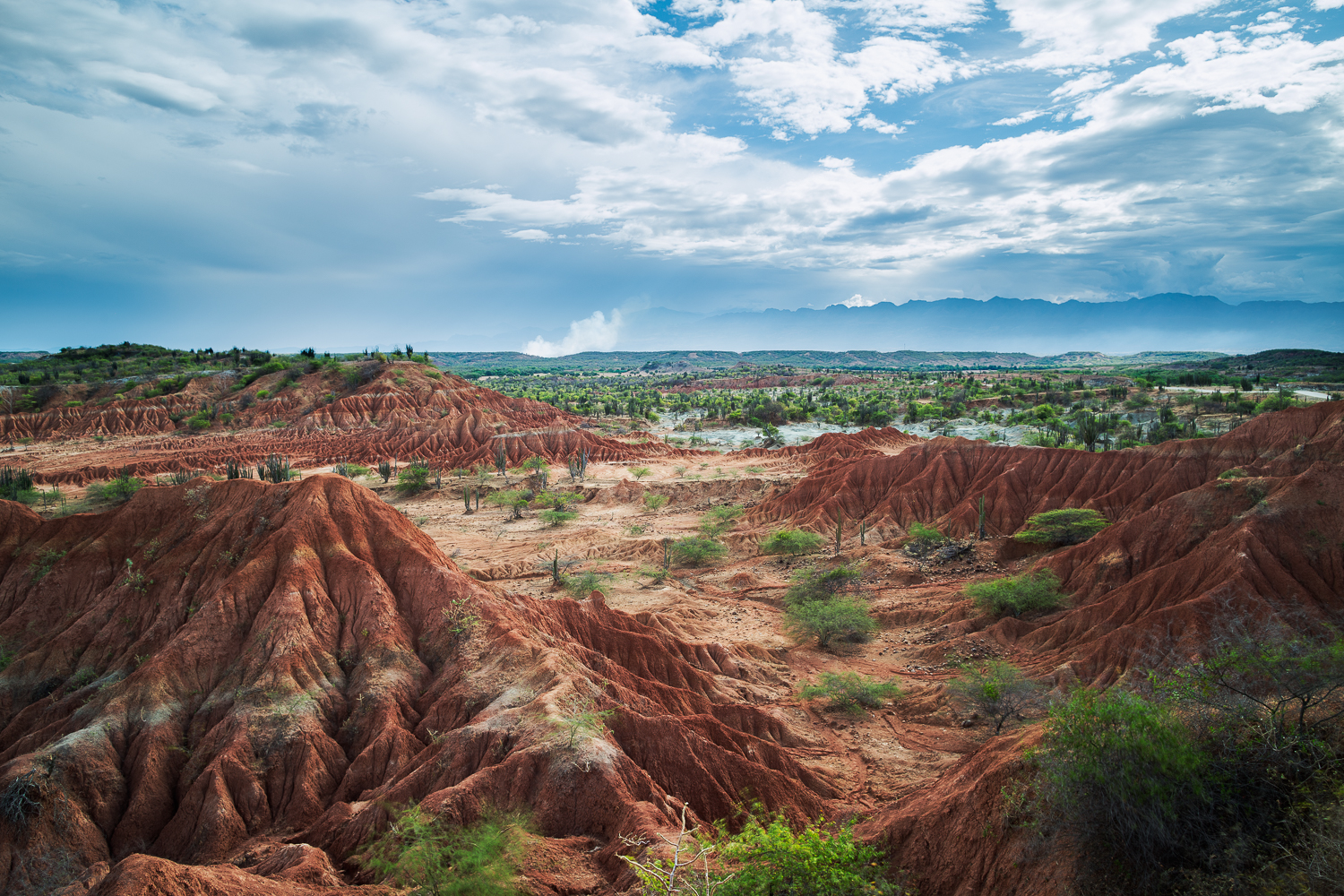 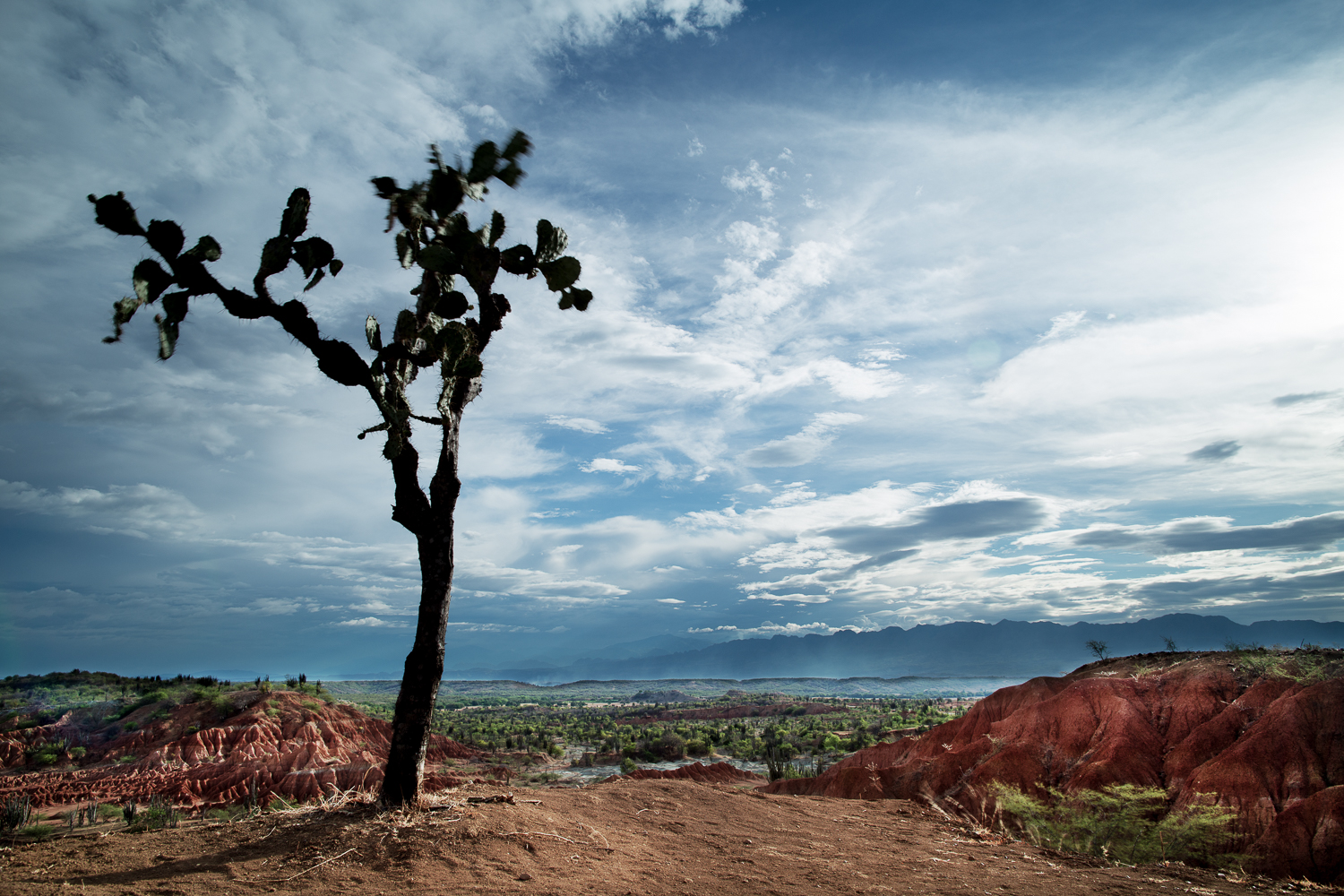 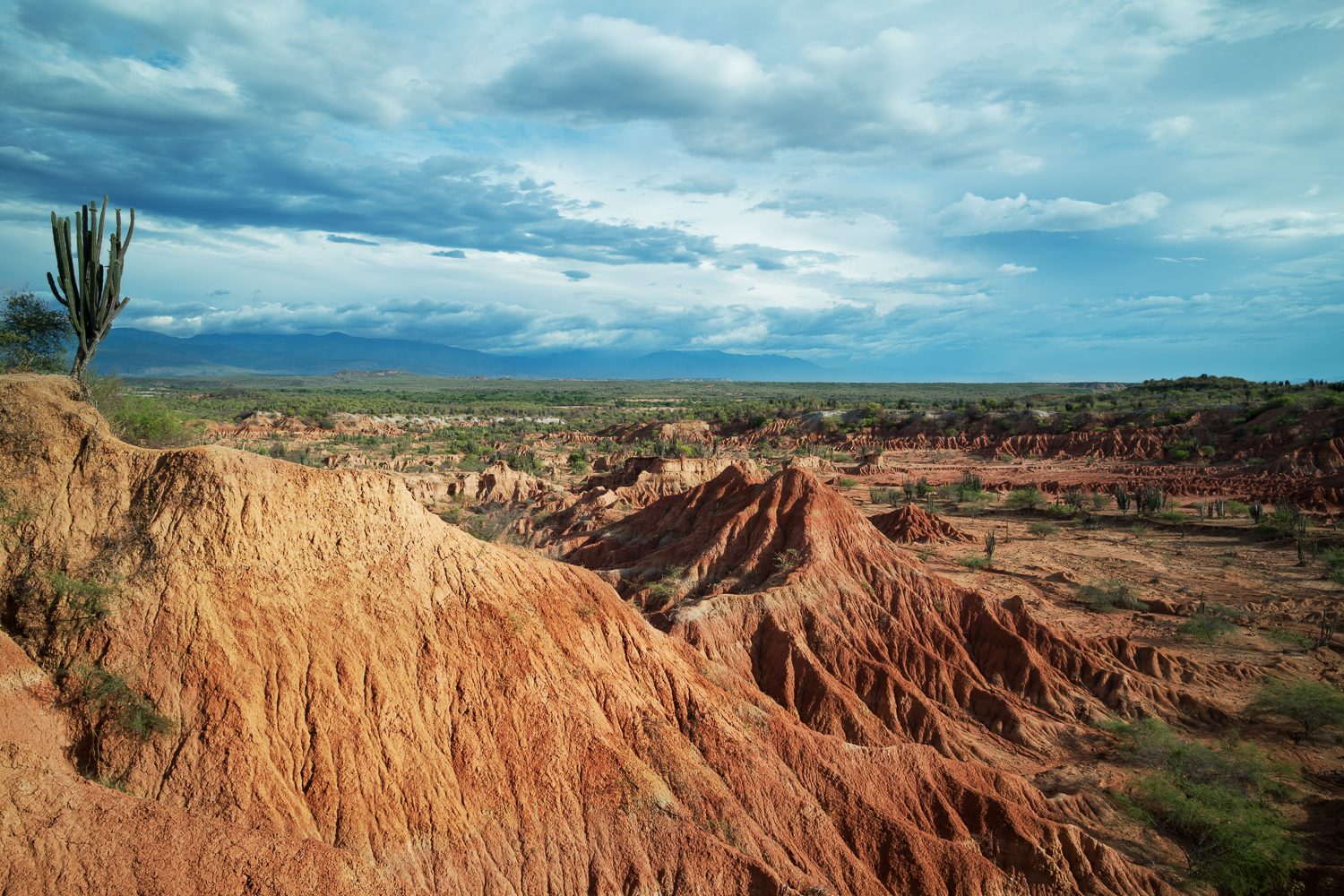 Unfortunately we did not really see much of the city, but most of what we’d seen was pretty dirty. There was a really cool hill, called Mirador San Antonio, though, just a few minutes from the hostel. There were a lot of people there on the weekend, enjoying the views or flying a kite, and it felt like a relaxing city oasis. We went out to a place called Living Club till 6am with our new friends we’d met in Guatapé – and made countless other new friends. They did not sell beer at this club, only rum and other hard alcohol in bottles, and water. The music was a constant change between European-American-radio-club and salsa (plus some reggaeton every now and then). 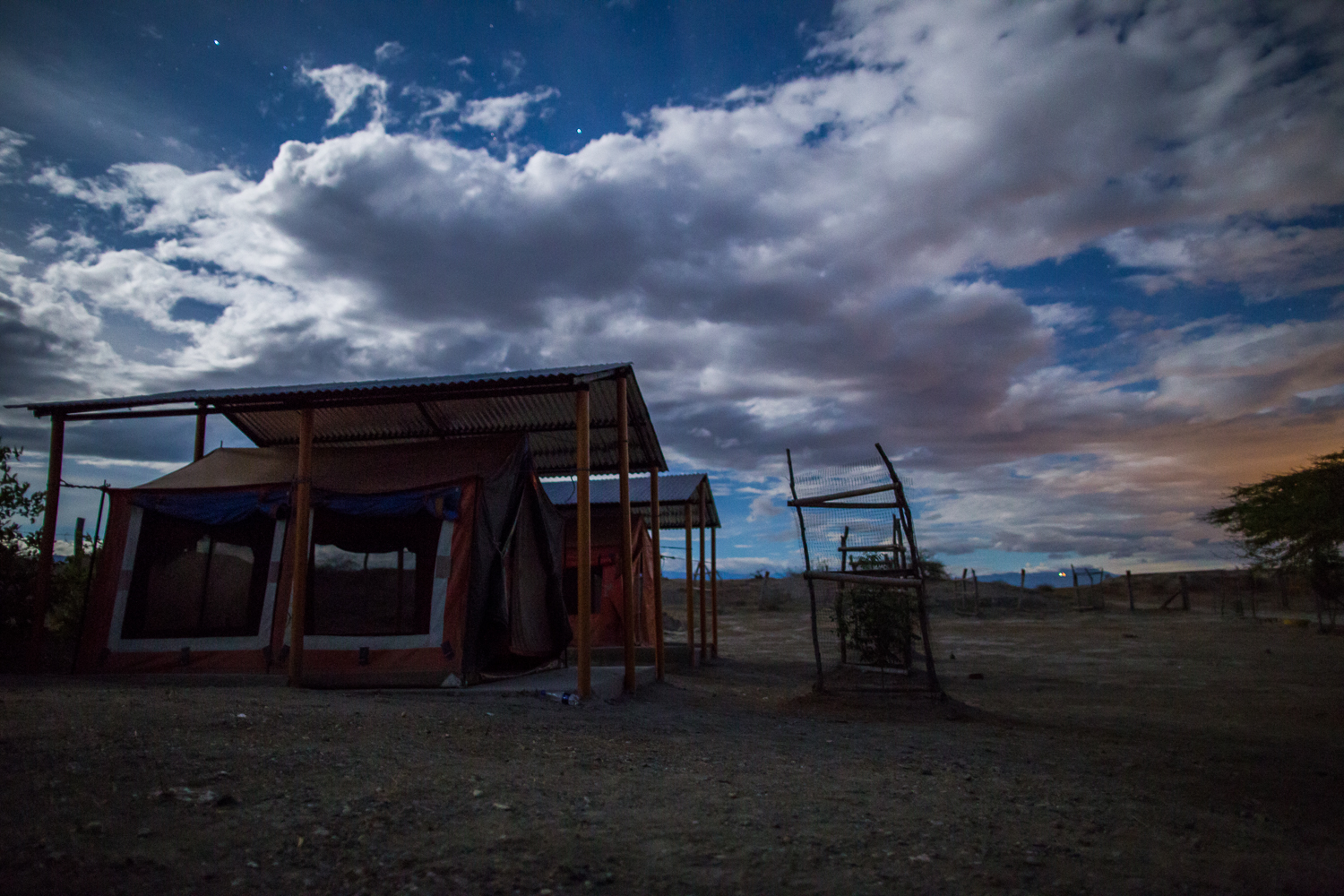 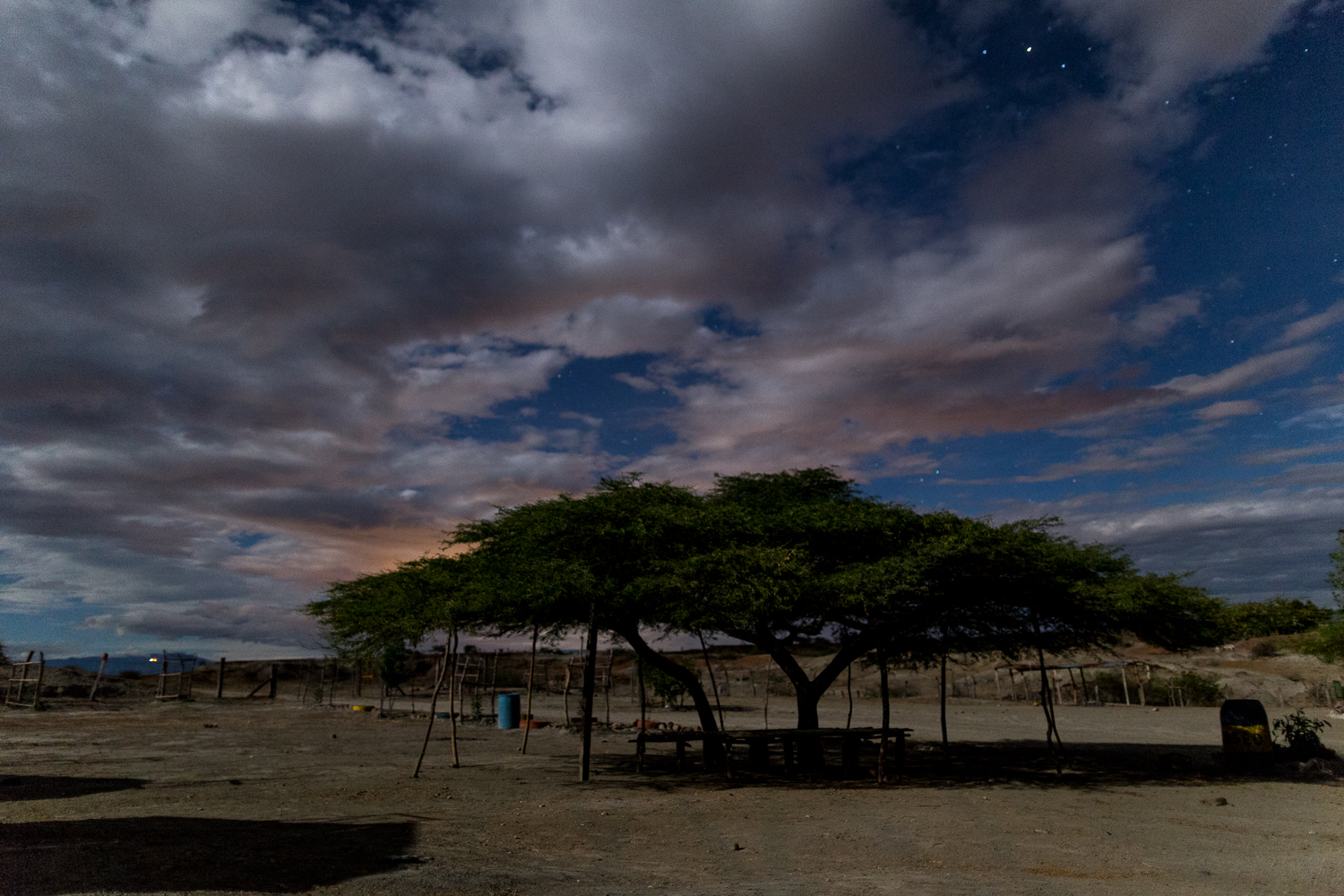 My travel partner Marco had to take a plane back to Switzerland, so I was on my own for the last couple weeks. I booked a direct premium bus (Bolivariano, 32’000 COP, with Wi-Fi) to Neiva. The first two hours or so of the bus ride were as promised, then they suddenly stopped and everyone had to get out. We were only about 10-15 passengers in the bus and they apparently didn’t wanna drive all the way to Neiva with an almost empty bus and spend gas on us. We had to move to another bus, just to get kicked out again in the middle of the night and in the middle of nowhere. They told us we’d get picked up by yet another bus, and left. This worked out, but I was a tiny bit tired when we arrived in Neiva a couple hours later. I’m so glad I booked the premium bus instead of a cheaper option. 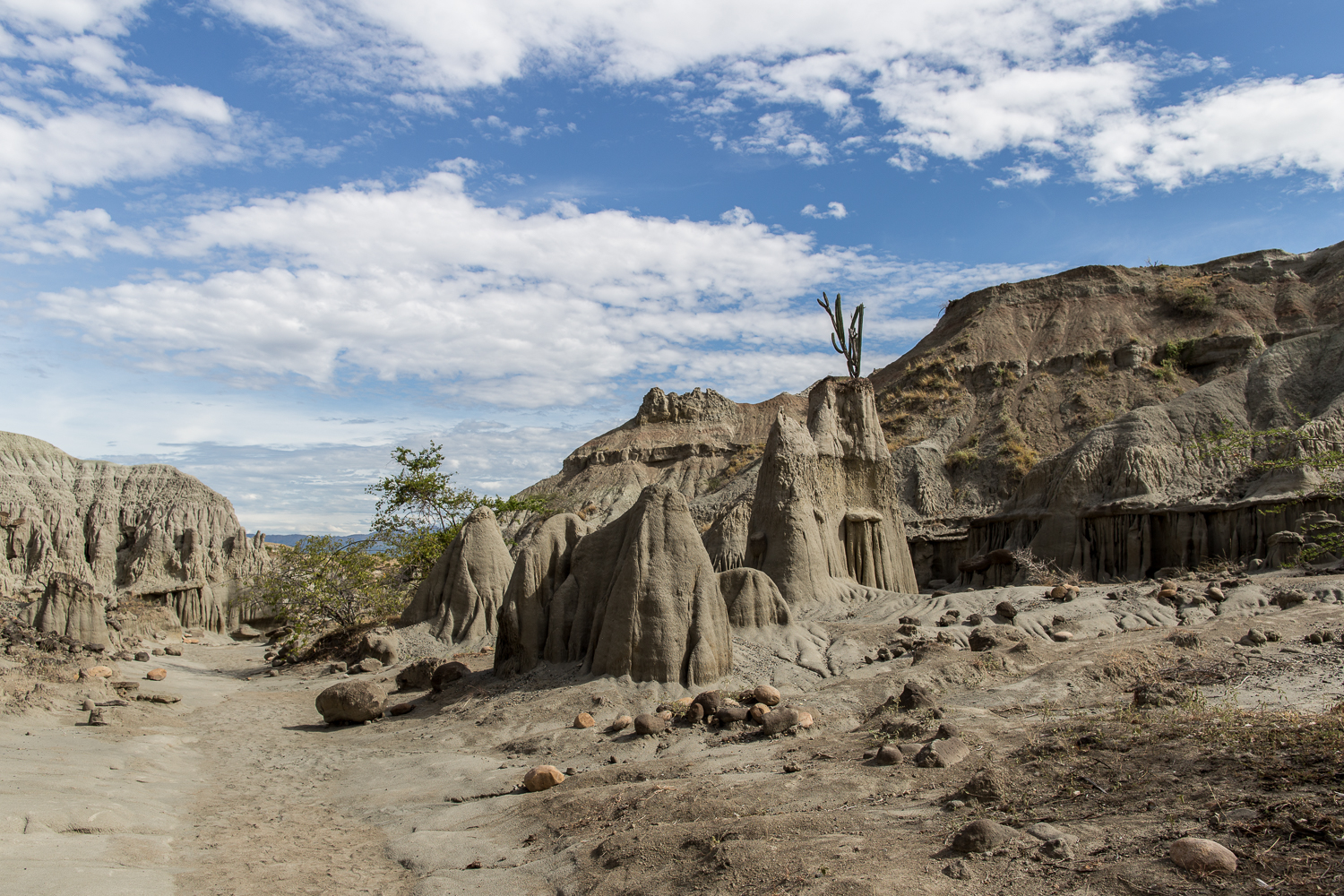 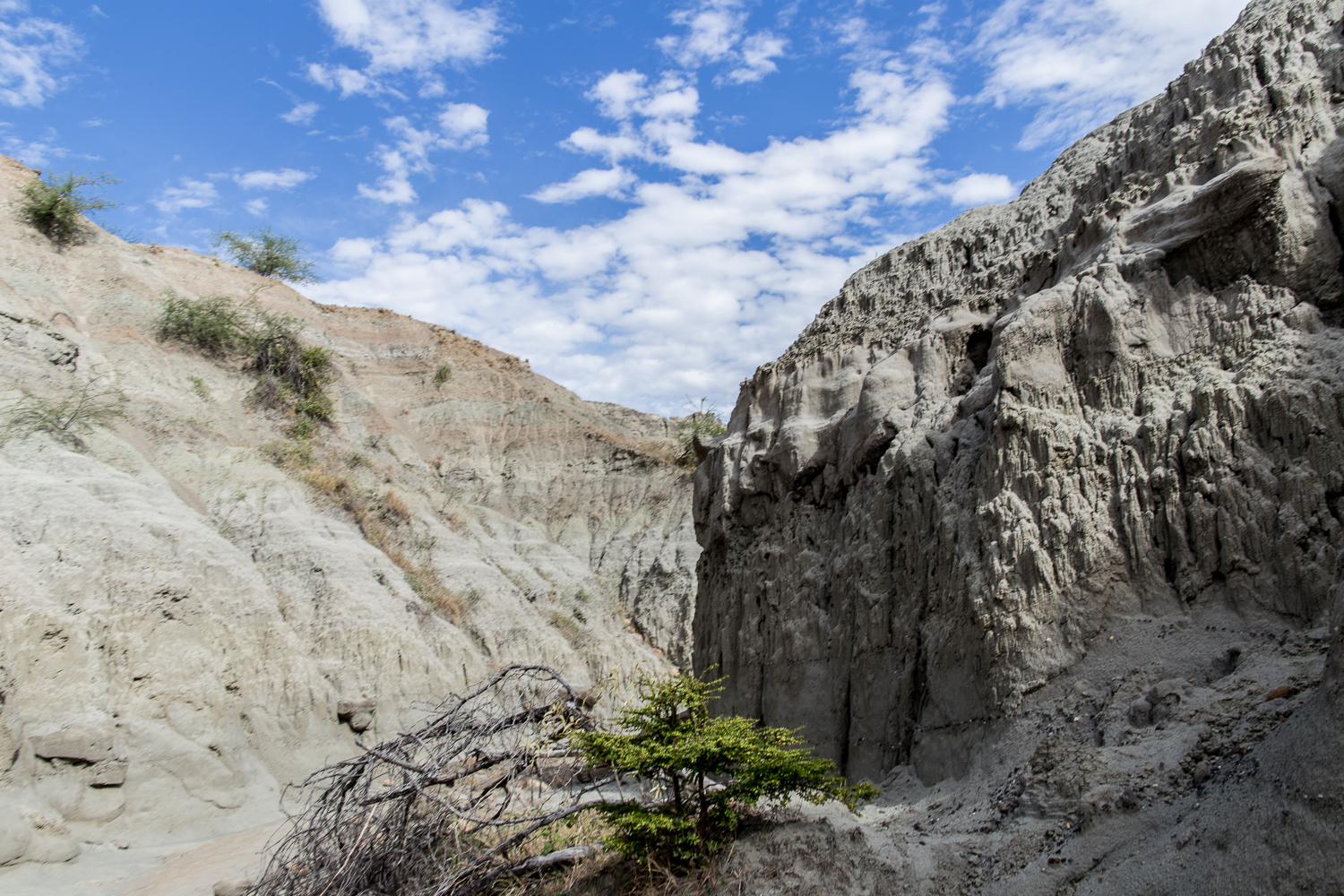 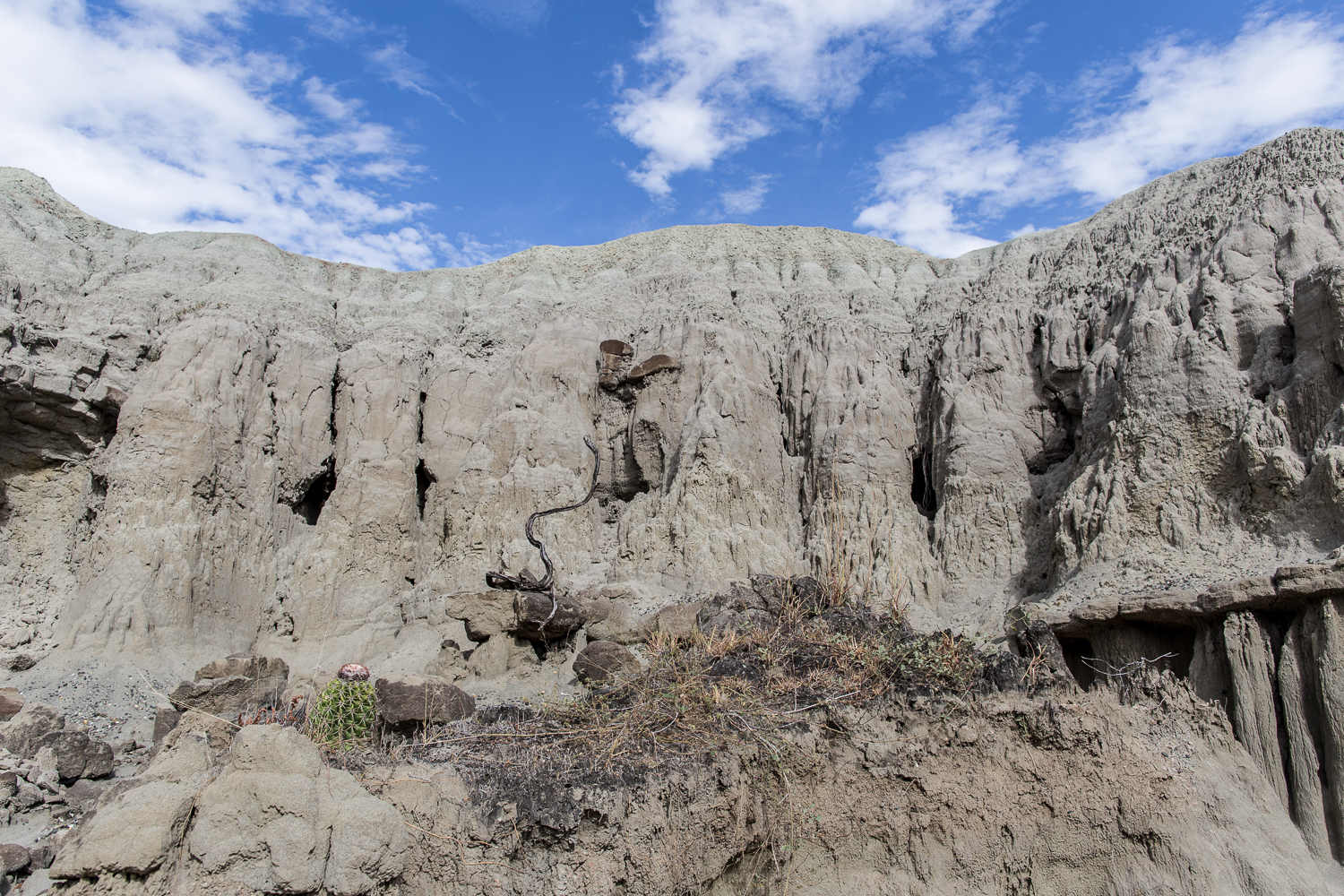 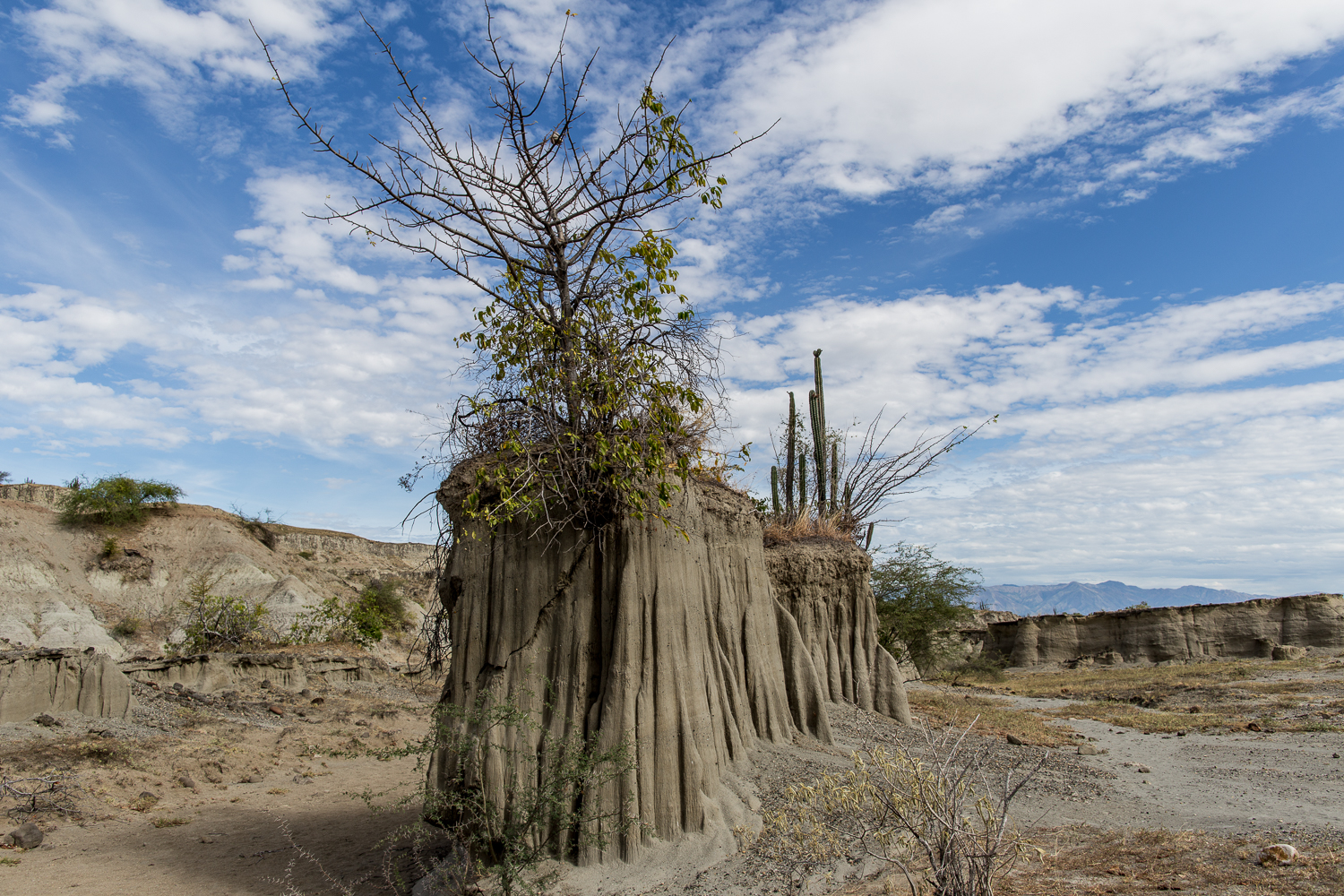 Arrived in Neiva, I shared a jeep taxi with four other travelers (French, Australian, New Zealander) for 12’000 COP per person. We went to the desert (as you could already see on the pictures above, since I didn’t shoot any in Cali), and after 75mins we arrived directly in front of the hostel Noches de Saturno – very close to the observatory in the Desierto de la Tatacoa. I got a tiny 1-bed room with mosquito net for only 15’000 COP, after having called the day before to book a bed (some of the other guys had to sleep in a tent, which was gross and very hot, from what I was told). There was a restaurant too, as part of the hostel, that served cheap, good-ish food. 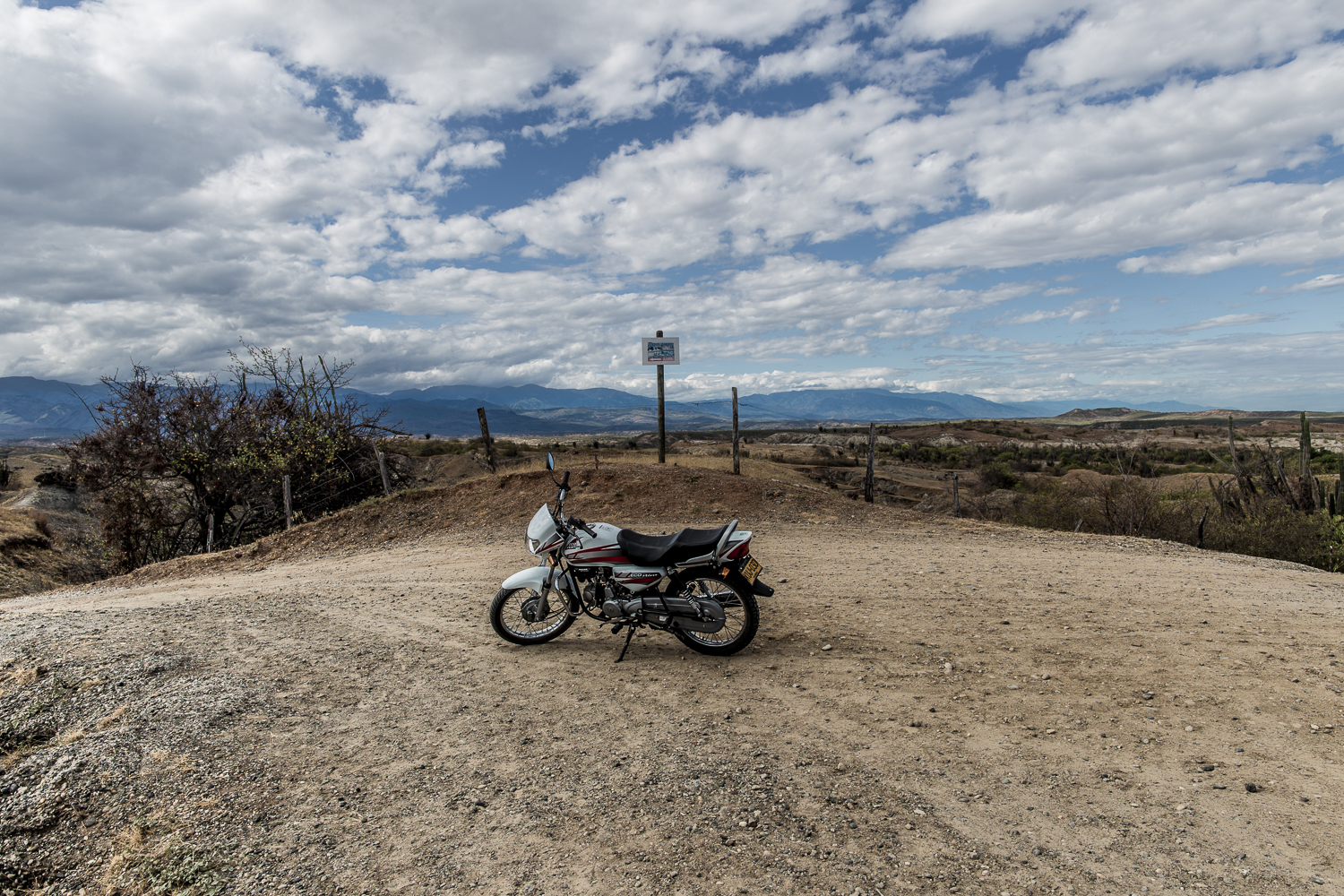 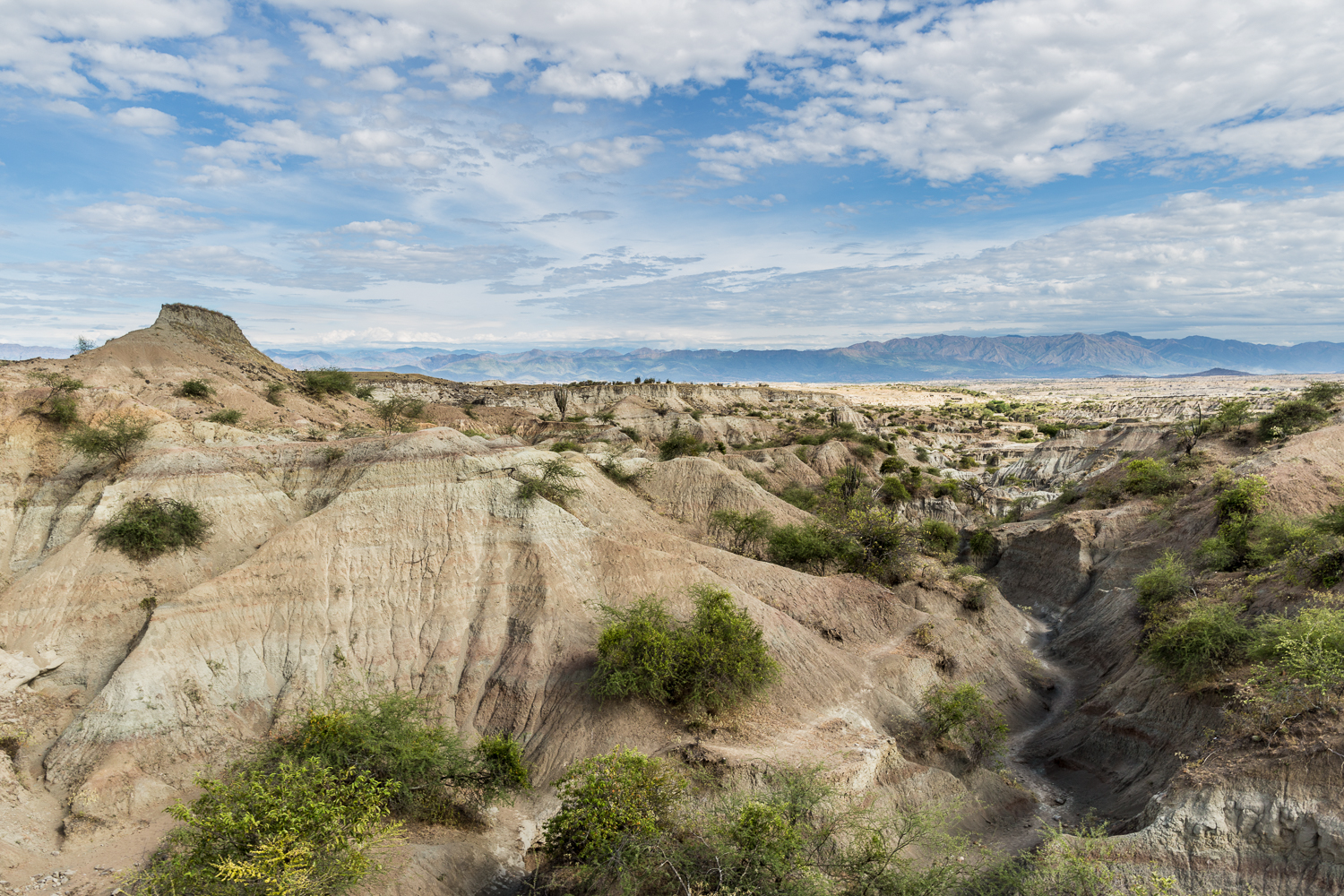 The really small red part of the desert (called Cuzco) was only a 15min walk away and looked really nice (and so much smaller than on the photographs). The grey part (Loy Hoyos) was on a much larger (but still very small) area and only reachable with horses or motorbikes (or walking all day in the very very hot heat). I went there with a guide, who rode an old bike (of course we didn’t wear helmets). The tour (34’000 COP), which took about two hours, included a swim in the «natural swimming pool» and was quite interesting (but hot). I still preferred the small, red part though. 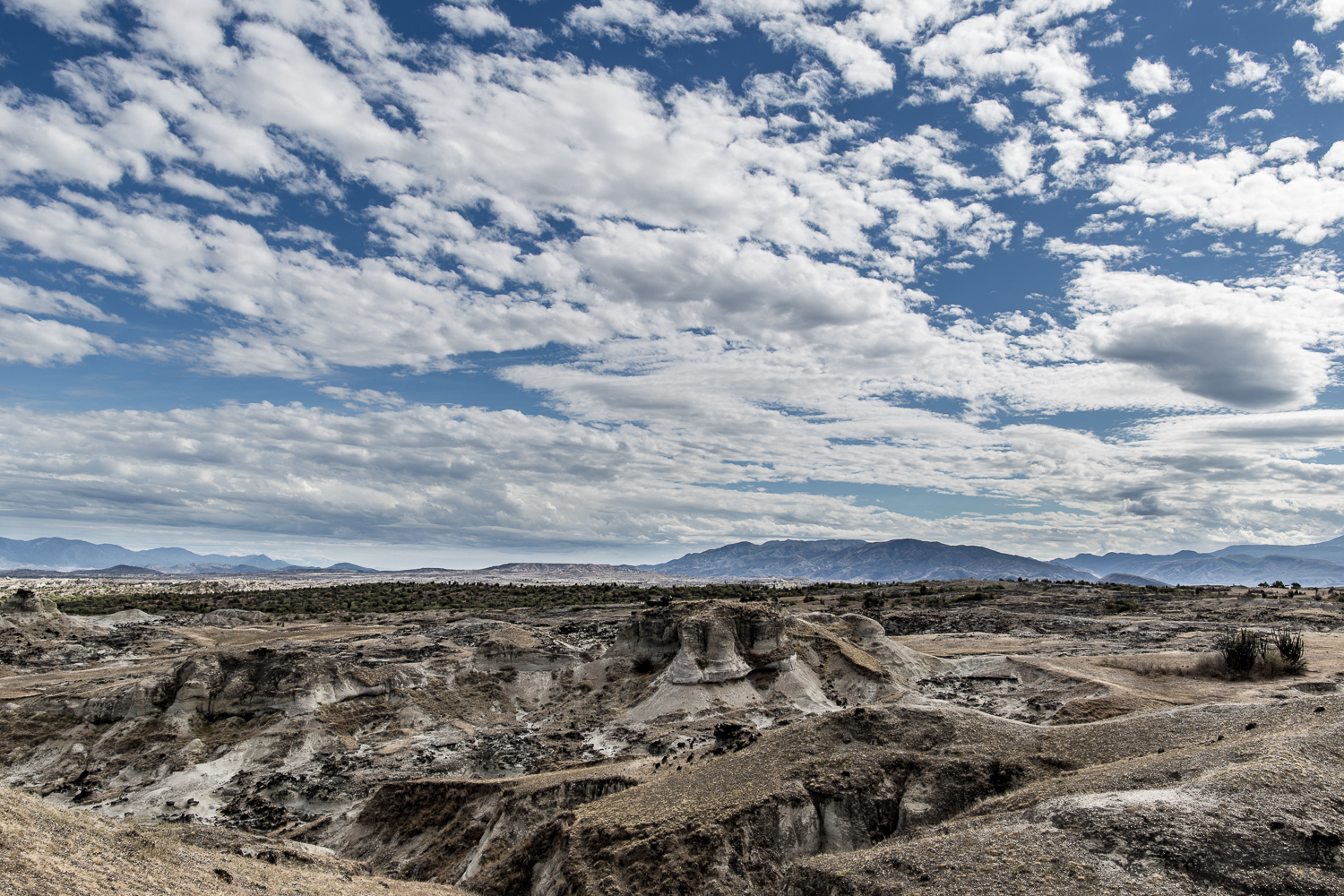 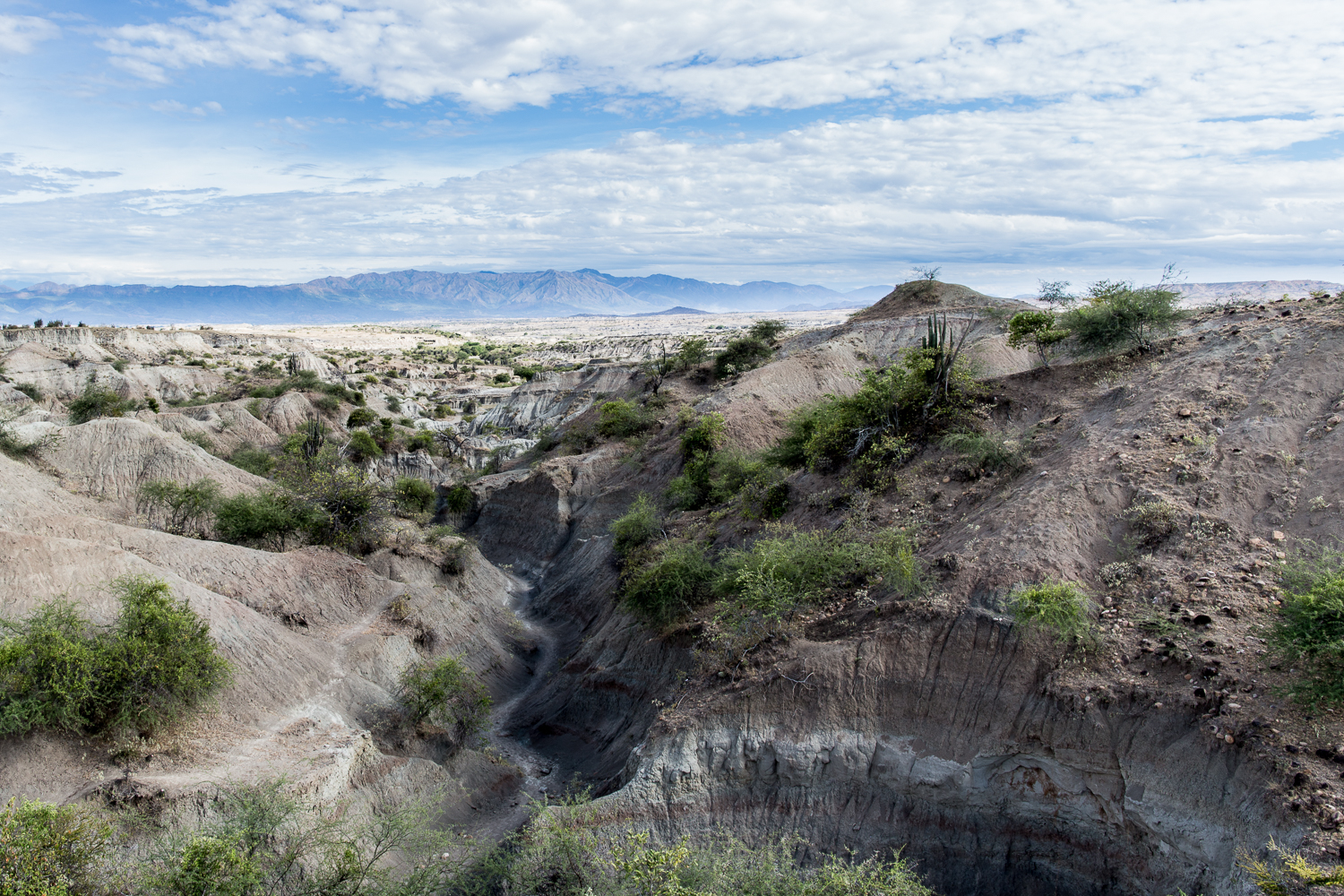 One night, I went to the observatory with a bunch of other guys from the hostel. We paid 10’000 COP for «starwatching», it wasn’t all that interesting and the guide was talking about stuff we weren’t able to see most of the time. Most people got bored and left early (just like me). Still the sky was all clear, star-filled and very beautiful every night in the desert. 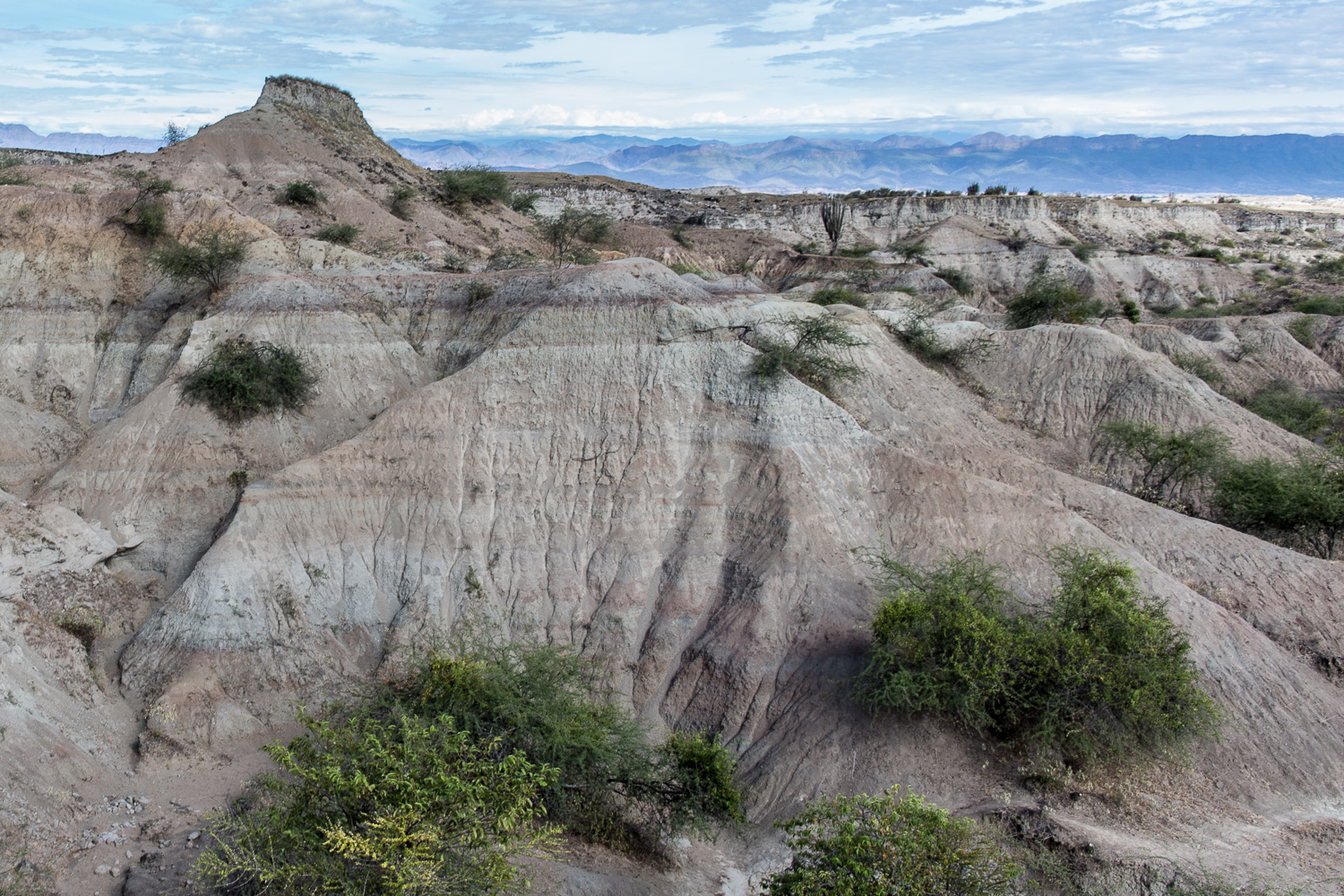